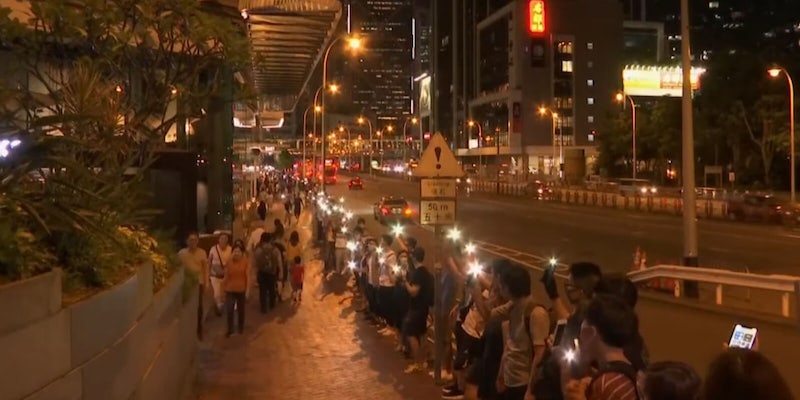 Google announced on Thursday that it removed hundreds of YouTube channels they say behaved like they were part of a coordinated effort by China to spread misinformation amid the protests in Hong Kong.

The move comes days after and Twitter announced they had also taken down similar accounts.

Google said it disabled 210 channels on YouTube earlier this week. The company added that the accounts used VPNs and other methods to try and cover up where they were coming from.

“Earlier this week, as part of our ongoing efforts to combat coordinated influence operations, we disabled 210 channels on YouTube when we discovered channels in this network behaved in a coordinated manner while uploading videos related to the ongoing protests in Hong Kong,” the company said in a blog post. “This discovery was consistent with recent observations and actions related to China announced by Facebook and Twitter.”

On Wednesday, Twitter announced it found 936 accounts that were “specifically attempting to sow political discord” in Hong Kong, while Facebook announced that it removed seven pages, three groups, and five accounts that were part of a “coordinated inauthentic behavior” that originated in China.

Facebook said that around 15,000 accounts followed one or more of the pages, and around 2,200 accounts had joined at least one of the groups.