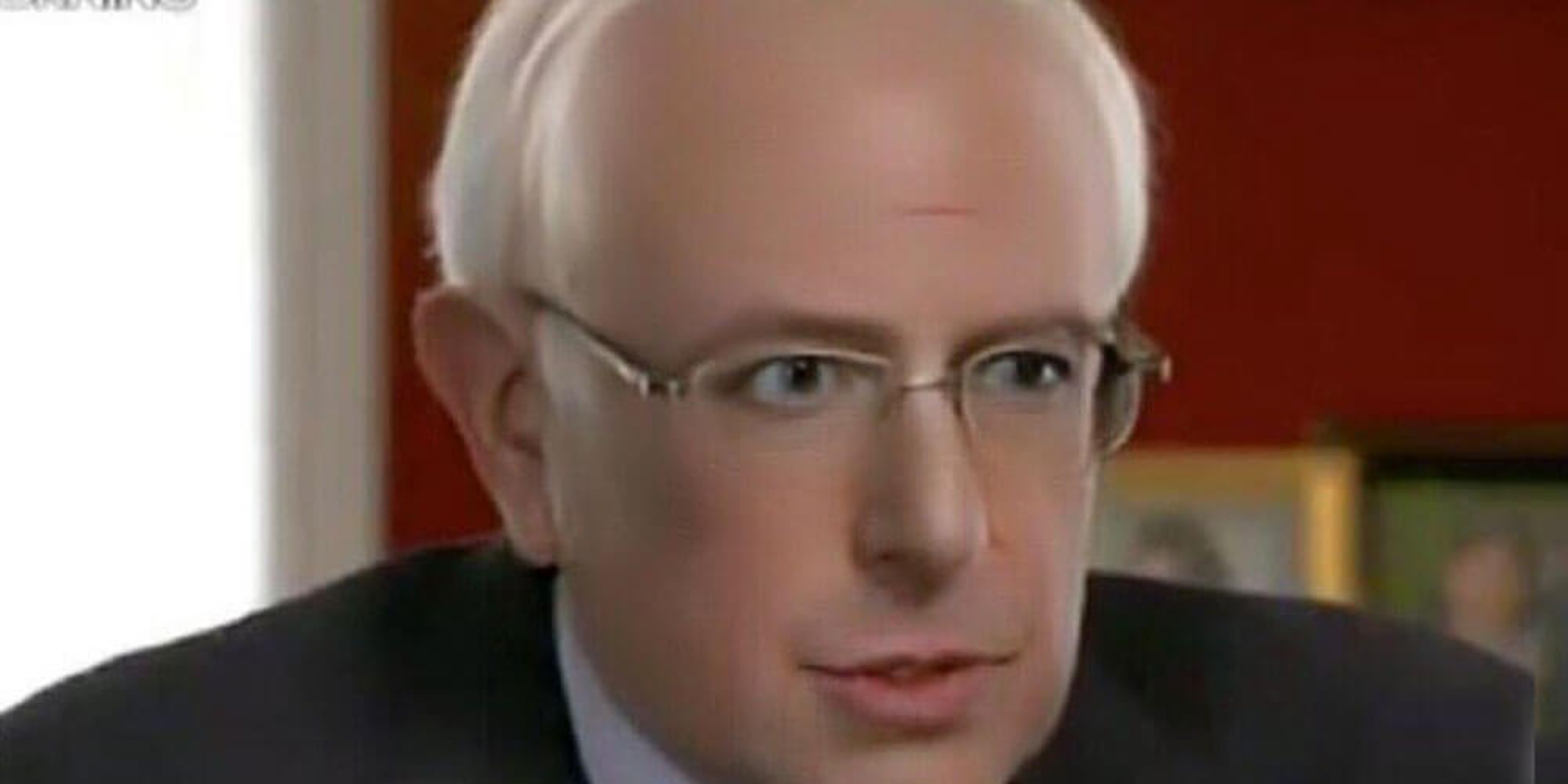 The ‘Smooth Bernie’ conspiracy is false, but the memes are fire

A conservative outlet accused Sanders' forehead of being 'suspiciously smooth.'

In case you didn’t notice, the 78-year-old’s forehead, according to conservative outlet the Washington Free Beacon, was “suspiciously smooth” during the event.

A side-by-side comparison of two separate photos of the politician’s forehead, which apparently utilized the CSI-style “enhance” capability, revealed Sanders’ most recent forehead shot to be as smooth as butter.

“The curmudgeonly 78-year-old socialist, who has yet to explain whether cosmetic procedures such as Botox injections would be covered under his ambitious Medicare for All proposal, was unusually wrinkle-free in the forehead area on Wednesday night,” Stiles wrote.

Citing “some medically curious observers” who are never actually cited in the article, Stiles goes on to question just what exactly Sanders may be hiding from America.

“The evidence speaks for itself,” Stiles added. “However, the Washington Free Beacon will continue to investigate.”

Well, I guess that settles it. Unfortunately for Stiles though, the smooth photo wasn’t even taken during Wednesday’s debate.

Speaking with Mashable, a spokesperson for Getty Images noted that the photo in question was actually taken during the Oct. 15 debate in Westerville, Ohio. Getty Images also denied editing the photo, although that’s exactly what someone who edits foreheads would probably say.

“Plainly, no this image was not edited,” the spokesperson said. “We adhere to strict editorial guidelines and are committed to editorial principles, practices and process.”

Of course, there are countless factors that could easily explain why Sanders’ forehead looked so incredible, such as lighting, the camera used, the angle of the photo, and even the expression the senator was making at the time. Presidential candidates are also known to wear makeup during TV appearances.

The internet, though, immediately latched on to the hilarity of the Smooth Bernie conspiracy and began churning out memes making Sanders even smoother than previously imagined.

It should be noted, Sanders’ campaign didn’t comment on the smoothness, only spurring more questions about the candidate’s forehead.

What is Bernie hiding?

smooth bernie conspiracy is wild, i dont even care if its true if the clone has the same policy positions

Damn they cleared his arteries and now the aging process is reversed, soon he'll be the youngest candidate on stage #SmoothBernie #smoothgate https://t.co/jritqZKIsm

Many also noticed similarities between Smooth Bernie and Smooth Yoda.

In all seriousness, it’s possible the Free Beacon was just joking with its coverage of Sanders. Either way, Smooth Bernie has made his mark on the 2020 election.

Gonna tell my kids this is smooth Bernie pic.twitter.com/XdSYoudUfZ

Damn look what they did to Bernie they made him all stretched out and smooth this is so sad pic.twitter.com/hnPwBDCBpw

If Sanders does win the nomination and election though, I think we all know what song he’ll be playing.