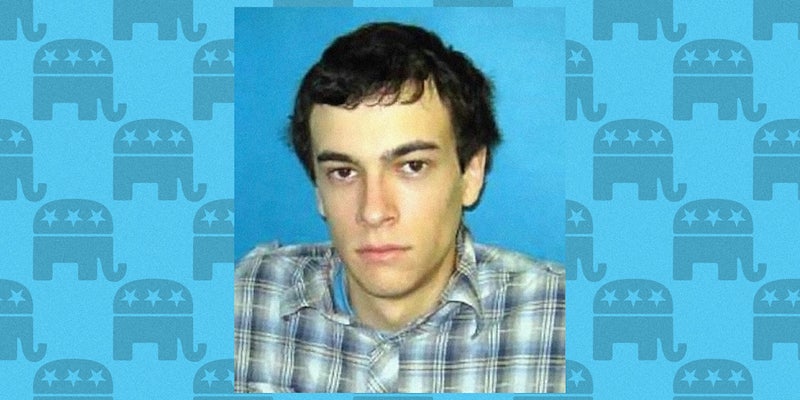 Rupert Tarsey says he 'did nothing wrong' despite violent past.

The Republican Party in Florida’s Broward County is reeling after discovering that one of their elected officials was previously charged with attempted murder for brutally beating a female former classmate with a claw hammer.

Rupert Tarsey, 28, was elected earlier this year to serve as secretary of the Broward Republican Executive Committee (BREC). He previously volunteered for several Republican candidates, including President Donald Trump, according to the Miami Herald.

This week, however, Broward County Republican officials discovered that Tarsey previously went by the name Rupert Ditsworth. Further, they found out that when he was a 17-year-old high school student at Harvard-Westlake School in Beverly Hills, California, he beat then-classmate Elizabeth Barcay some 40 times with a claw hammer, causing severe injuries to her legs, head, and face, according to court records.

Barcay’s mother, Barbara Hayden, told the Los Angeles Times in 2007 that Tarsey invited Barcay to ride with him to Jamba Juice after they’d completed a major exam. Tarsey then allegedly pulled a claw hammer out of his backpack and began beating Barcay.

Tarsey, the grandson of Dunes Hotel owner Jason Tarsey, was admitted to a psychiatric facility immediately following the attack, according to reports. He was charged with attempted murder and assault with a deadly weapon. Tarsey, who stands 6 feet 2 inches tall, pled not guilty and asserted that the attack was in self-defense. Barcay, who stands 5 feet 4 inches tall, was forced to attend prom and graduation in a wheelchair.

Tarsey was ultimately convicted of a misdemeanor. He changed his name after his parents divorced and moved to Florida, where he works with his mother, Patrice Tarsey, in the family real estate business. He is married and has two children.

Barcay went on to attend Williams College and Harvard University Graduate School of Education, according to her LinkedIn profile.

Upon learning of Tarsey’s violent past, Broward County Republican officials suspended him and asked him to resign. Tarsey refused.

“We were blindsided,” Bob Sutton, the local Republican Party chairman, told the Herald. “He’s a member of the Knights of Columbus, for Christ’s sake. And he came highly recommended by the former chair. We had no idea what his background is. We want him out but he is refusing to resign. He deceived us. It looks like he even used a reputation management firm to make sure we wouldn’t find out who he is.”

Tarsey told the Herald that he will not resign because “I did nothing wrong.”

“Why should I resign,” he said. “I did nothing wrong and I was elected. This is just party politics.”