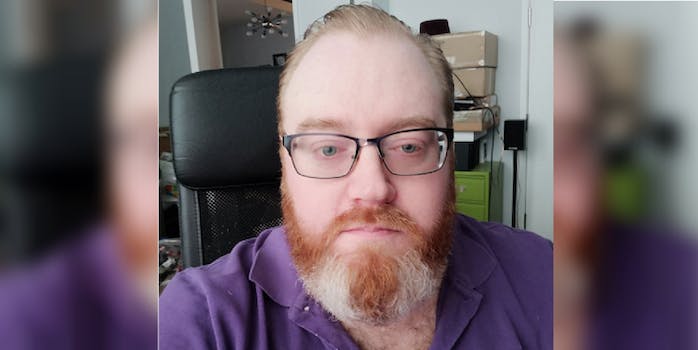 Bright claims he was playing pretend.

Warning: This article contains references to sexual contact with children.

In June, the Daily Dot reported that Bright had been charged with online solicitation of sex with children. In online correspondence on Kinkd with an undercover FBI agent posing as the mother of a seven-year-old girl and nine-year-old boy, Bright reportedly wrote of molesting both and raping the girl. He further allegedly sent pictures of his penis, as well as test results showing he did not have an STD.

On May 22, Bright allegedly met with the FBI agent, at which point he was arrested.

The complaint against him in the U.S. District Court for the Southern District of New York alleges that Bright subsequently admitted to being in a sexual relationship with an 11-year-old, whom he claimed to be “teaching.”

It has not previously been reported that the government also claims that Bright admitted to being in text communications with 17- and 14-year-old sisters. The transcript from a bond hearing in the case states that Bright allegedly said the elder had sent him a nude photograph, which he claims he deleted, and that the younger sister may have also sent a nude.

Bright subsequently recanted his statements. It does not appear that he has been charged with crimes against the 11-, 14-, and 17-year-olds. It is not clear whether the prosecution introduced additional evidence regarding these alleged acts.

At his trial this week, his defense argued that he was essentially playing pretend and that he isn’t attracted to children.

According to Inner City Press, on the witness stand yesterday, Bright claimed that he was an “age-player” and a “daddy.” He further testified that he is attracted to what the outlet describes as “full-bodied women with a lot of body hair,” but not children.

In closing arguments, the prosecution rejected the claim that Bright is “an age-playing vigilante trying to catch the FBI agent,” Inner City Press reports. The prosecutor also reportedly noted that Bright was carrying condoms when he was apprehended.

Prior to his arrest, Bright was a successful tech writer with a large online following.

After news broke of the charges against him, many pointed to Bright’s habit of referencing pedophilia on social media. On Twitter, he described himself as “Poly/pan/pervy.”

The case is now before the jury.