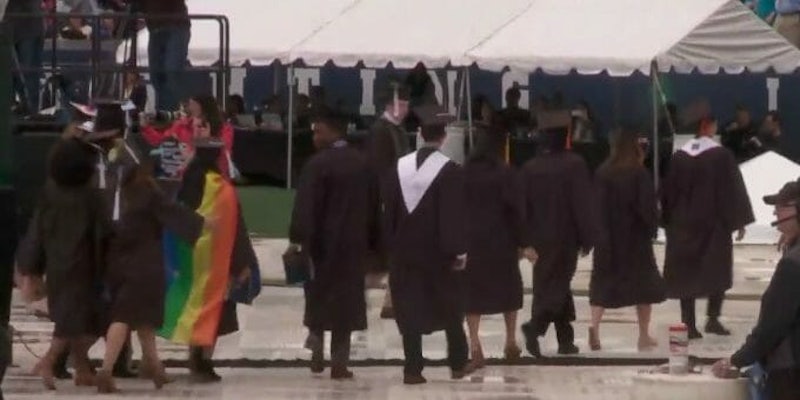 Here's how many students left graduation.

A human rights advocacy group in Indiana called We StaND For announced last week that it would stage a walkout during Notre Dame’s graduation ceremony on Sunday as soon as Vice President Mike Pence began giving his commencement speech.

We invite all Notre Dame students to help take back our commencement this coming Sunday! #WalkoutND pic.twitter.com/ifOt5RB4hO

On Sunday when Pence stepped up to the podium, WNDU tweeted out video of a large group of students doing exactly that, taking their belongings and peacefully and silently leaving Notre Dame Stadium.

The reason for the silent protest from We StaND For was simple: The group is opposed to Pence, the former governor of Indiana, and his stances on LGBTQ issues and immigration.

While the students who walked out were only a small percentage of the graduates and their families who were in attendance at the ceremony, We StaND For considered the protest a victory.

With 100+ participants #WalkoutND was a wonderful success. Thank you all for the support!