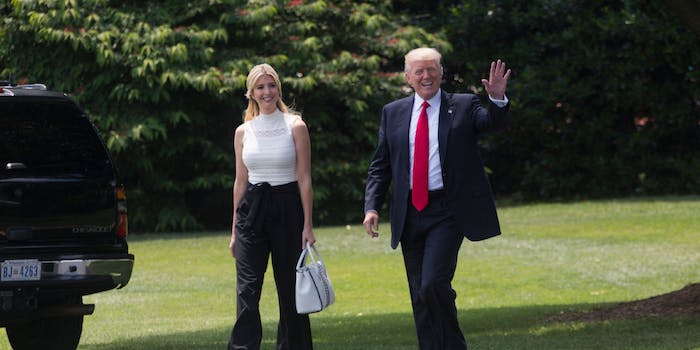 Even though he 'avoids politics,' he felt he had to make a statement.

Ivanka Trump’s rabbi has joined the list of people criticizing President Donald Trump‘s comments over last weekend’s white supremacist rally in Charlottesville that led to the death of one counterprotester and the injuries of 19 others.

On Wednesday, Rabbi Emeritus Haskel Lookstein, who oversaw Ivanka’s conversion to Judaism before she married Jared Kushner, and two other rabbis sent a letter to the Congregation Kehilath Jeshurun denouncing the resurgence of antisemitism within the new waves of neo-Nazis, the Klu Klux Klan, and the “alt-right.”

They also wrote they were “deeply troubled” by Trump’s response to the violence in Charlottesville. So far the president has said that the violence came from “both sides” of protesters and counterprotesters and that there were some “fine people” within the groups of white supremacist and white nationalist protesters, and he has also pushed for the term “alt-left” to equate the actions of counterprotesters to the actions of white supremacists.

According to New York Daily News, Rabbi Lookstein accepted an invitation from Ivanka to deliver an opening prayer at last year’s Republican National Convention but dropped out after receiving heat from the Modern Orthodox community.

August 16, 2017To the KJ/Ramaz Community, On the day of the funeral of Heather Heyer, the 32 year old woman who was…