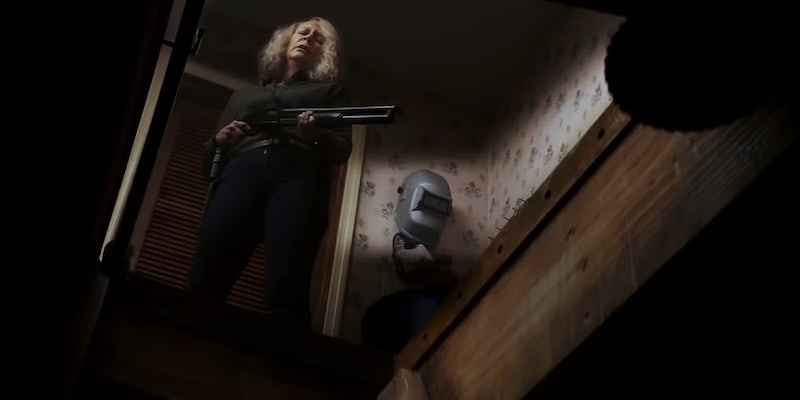 On Thursday, Fox News published a story criticizing Jamie Lee Curtis for shooting a gun in the latest installment of the Halloween franchise.

When Fox tweeted out the story, it quickly got ratioed to hell.

Because, as you may know, Curtis is an actor doing her job in a movie.

Every action movie actor ever kills someone else IN THE MOVIE despite not advocating for murder IN REAL LIFE.

Rumor has it that Anthony Hopkins is not a cannibal.

Curtis has played Laurie Strode in the Halloween franchise since the first film came out in 1978. She has also played a prostitute in Trading Places, a fitness instructor in Perfect,  and a mom who switches places with her teenage daughter in Freaky Friday, among other roles.

She is none of those things in real life.

Fox also published a photo from Curtis’ Twitter feed showing her handiwork at the shooting range; a target is accompanied by the caption, “First shot. 357. Feels good to have Laurie back on set for @halloweenmovie.”

First shot. 357. ❤️ Feels good to have Laurie back on set for @halloweenmovie #HalloweenMovie pic.twitter.com/4PBGAl1anI

“Which is they fly their private jets to a conference, step out and say, ‘Global warming is terrible. Let’s take away everything from the working men and women.’ And then they get back on their private jet and fly back. Same thing on gun control. If you have a bevy of armed security officers protecting you, maybe you shouldn’t be trying to strip Second Amendment rights from law-abiding citizens.”

Curtis advocated on Twitter for an assault rifle ban, and for stronger gun control legislation in the wake of the school shooting in Santa Fe, Texas in May. Curtis is also, presumably, shooting on a set with safety protocols and adequate training.

However, a study published in the Journal of the American Medical Association last year suggests that children who see guns in movies are more likely to use them.