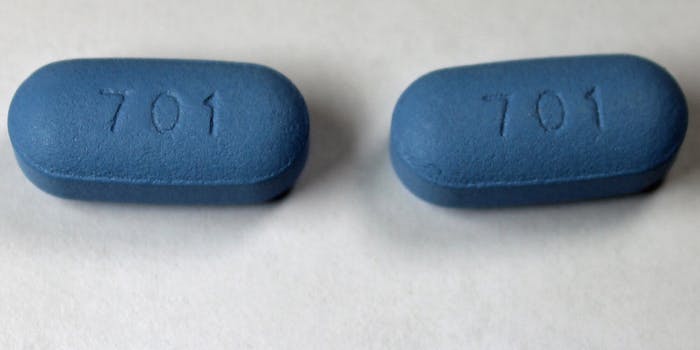 With little regulation as to what information is allowed to be peddled in paid Facebook ads, personal injury law firms are getting in on the game by spreading false information about HIV.

The latest issue raised by Facebook’s ad policies is the spread of misinformation about HIV, specifically Truvada, a drug used to reduce HIV transmissions, according to the Guardian. The Guardian reports that the ads are being paid for by Virginia law firm KBA Attorneys.

The ads feature misleading claims about side effects of Truvada PrEP, citing kidney and bone conditions, which are not actually shown to occur while taking the drug. Those who take Truvada–according to the Guardian‘s interview with a sociologist of sexuality, medicine, and law–typically experience minimal side effects. None of the side effects are as extreme as what’s being advertised on Facebook.

GLAAD, an organization that advocates for LGBTQ people, posted an open letter to its website on Dec. 9. The letter addresses the harm done by allowing such ads to be run. In the post, GLAAD alleges that the ads are intended to recruit bisexual and gay men for a lawsuit against Truvada manufacturer Gilead Sciences.

“Leading public health officials, medical professionals, and dedicated PrEP navigators and outreach coordinators have shared that these advertisements on Facebook and Instagram are being directly cited by at-risk community members expressing heightened fears about taking PrEP,” the letter reads.

Despite complaints from HIV advocates and GLAAD, Facebook has continued to allow the ads to run. GLAAD’s chief communications officer Rich Ferraro told the Guardian that the ads have already produced real-world consequences for HIV+ individuals, which has the potential to become a public health crisis.

“Doctors were citing these ads as reasons why people who should be on PrEP were not,” Ferraro told the Guardian. “What makes them so unique is the targeting ability. There’s a drought of information about HIV-prevention in mainstream media and even in LGBT media, and so at-risk people are seeing them in their newsfeed.”

The Washington Post found that six “anti-PrEP” ads paid for by personal injury lawyers have reached around 1.3 million people.

The ads have a chance to do serious harm to less informed individuals with HIV who may be “discouraged” from using preventative drugs to treat their HIV, according to a recent report from Engadget.