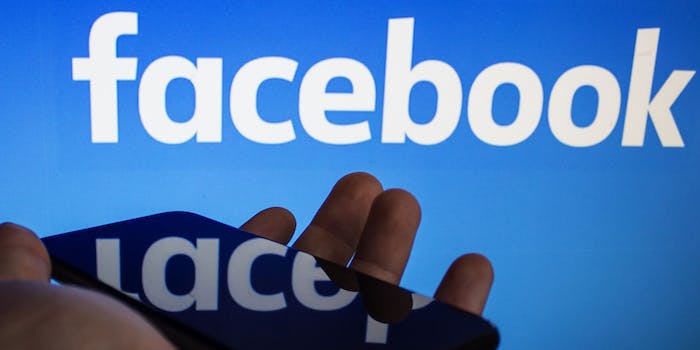 A California man has registered to run in the state’s 2022 gubernatorial race as a way to protest Facebook’s much-criticized political advertisement policy.

Facebook’s political advertisement policy—which essentially allows politicians to run any ad, even if it includes false statements—has been harshly criticized in recent weeks.

Adriel Hampton, a political activist who runs a marketing firm, told CNN that he intends to use his status as a candidate for governor to run false ads about President Donald Trump, Facebook CEO Mark Zuckerberg, and others.

“My concern is that Donald Trump, who plans a billion-dollar campaign led by a campaign manager who is a Facebook expert who purports to run millions of Facebook ads, can use this exemption to manipulate the election very easily and that there is no one really challenging that,” Hampton told CNN in an interview.

On Tuesday night, Facebook told a CNN reporter that they will not allow Hampton to run false ads, saying he has “made clear he registered as a candidate to get around our policies” and therefore would be subject to fact-checking.

In response, Hampton told the news outlet that he was going to “look at” the possibility of suing the social media giant.

Facebook’s political advertising policy has been at the center of criticism from both politicians and even its own employees.

More than 200 employees signed an open letter to Zuckerberg recently arguing that the policy was a “threat to what [Facebook] stands for.”

Zuckerberg told the New York lawmaker that she “probably” would be able to do so.

Before that, 2020 hopeful Sen. Elizabeth Warren (D-Mass.) purposefully ran a false ad claiming Zuckerberg endorsed Trump in the upcoming presidential election in order to shed light on the policy.

Former Vice President Joe Biden’s campaign has also pushed back against the company’s policy. It asked the social media giant to take down an ad by Trump they said was “completely false.” The company denied the request.