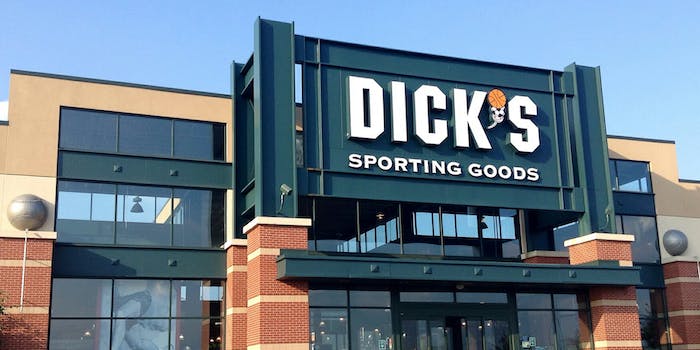 Dick’s Sporting Goods, one of the largest sporting goods chains in the country, said on Wednesday it would no longer sell assault-style rifles in its stores.

The company added that it will no longer sell guns to anyone under 21 regardless of local laws, won’t sell “high capacity magazines,” and will continue not to sell so-called “bump stocks.”

The move was made in response to the school shooting at Marjory Stoneman Douglas High School in Parkland, Florida, the company said in an announcement.

“We support and respect the Second Amendment, and we recognize and appreciate that the vast majority of gun owners in this country are responsible, law-abiding citizens,” Dick’s wrote in a statement. “But we have to help solve the problem that’s in front of us. Gun violence is an epidemic that’s taking the lives of too many people, including the brightest hope for the future of America–our kids.”

Dick’s said that the company sold a shotgun to Nikolas Cruz, the alleged shooter at the high school in Parkland, Florida, who killed 17 people, in Nov. 2017. Authorities say Cruz used an AR-15 during the attack.

“It was not the gun, nor type of gun, he used in the shooting. But it could have been,” the company wrote.

We at DICK'S Sporting Goods are deeply disturbed and saddened by the tragic events in Parkland. Our thoughts and prayers are with all of the victims and their loved ones. https://t.co/J4OcB6XJnu pic.twitter.com/WmT50BO7mx

With Wednesday’s announcement, Dick’s Sporting Goods joined a number of other companies who have taken stances against guns, or pro-Second Amendment groups such as the National Rifle Association (NRA), in the wake of the school shooting.

After the Sandy Hook shooting, Dick’s suspended the sale of similar weapons in its stores but brought them back to its hunting store, Field & Stream. Dick’s CEO Edward Stack said the change would be permanent this time.