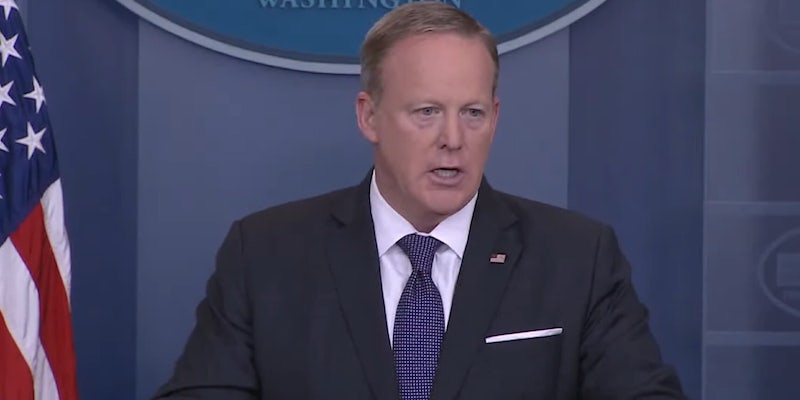 Because of course it did.

White House press members asked the question that has been plaguing the internet all Wednesday: What does “covfefe” mean?

During an audio-only press gaggle, White House Press Secretary Sean Spicer was asked about the mysterious, albeit inconsequential, now-deleted “convfefe” tweet President Donald Trump made in the wee hours of Wednesday morning.

Yes, this is real life.

It didn’t help that Trump, seemingly aware of his typo, goaded the masses to figure out what “covfefe” meant.

The bizarre exchange at Wednesday’s press briefing started out as a legitimate question, but it quickly devolved.

One reporter asked if people should be concerned that Trump posted a “somewhat incoherent” tweet on Tuesday night, to which Spicer simply replied “no.”

When pressed as to why Trump stayed up so late, Spicer said upped the mystery even more: “The president and a small group of people know exactly what he meant,” Spicer said.

An uproar of questions soon followed, including “what is covfefe?” and “what does covfefe mean!?”

You can listen to the entire exchange below—if you really want to.