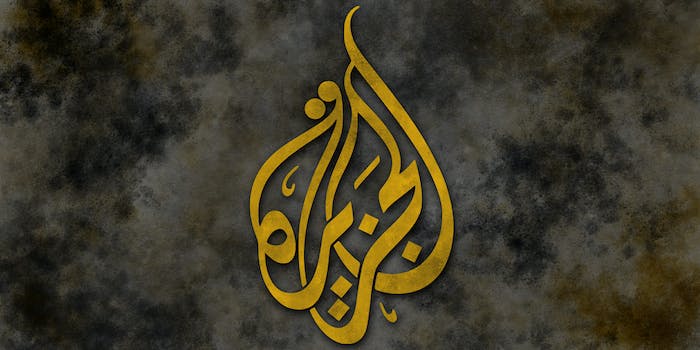 Plenty of people have ripped President Donald Trump’s decision to leave the Paris Climate Accord, including President of France Emmanuel Macron, Tesla founder Elon Musk, and the Weather Channel.

But news organization Al Jazeera’s Twitter feed temporarily went in a different direction the day before the decision was announced, appearing to blame the Jewish people for climate change deniers. In an anti-Semitic tweet that was deleted, the Qatari-based company depicted climate change deniers as some sort of Jewish scam or conspiracy.

On Wednesday, this is what Al Jazeera tweeted.

As Haaretz notes, the tweet was displayed on the network’s main English-language account before it was deleted. As Haaretz explains, “The crude caricature of a Jew shown in the image is one of the internet’s most prominent anti-Semitic memes.”

In its apology, Al Jazeera said the illustration had not come from the network, but instead it was sent the image in November 2016 by a Twitter user.

This is not AJE image but a reply to an old thread that was mistakenly linked Old thread: https://t.co/MsMGtMar5c We apologise for the error pic.twitter.com/xhP3IZv9UU

“We are currently investigating how such an error took place and why it was tweeted with our Climate Change video,” Al Jazeera producer Dania Yousef said in an email to the Washington Free Beacon.