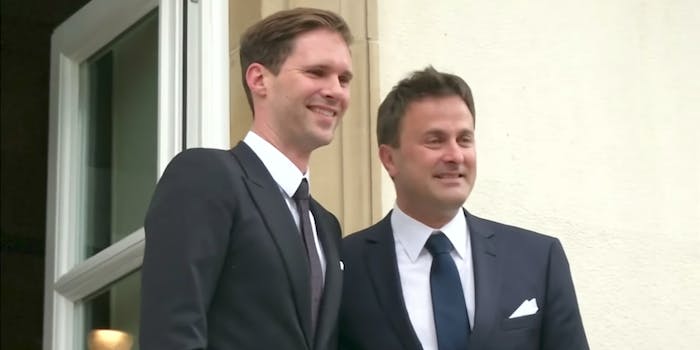 Score one for progress.

Love wins and gender takes a step toward equality—at least it does in this NATO summit group photo.

On Thursdays, 10 wives and partners of world leaders took a group photo at the NATO summit in Brussels. Among them, in the back row, towered Gauthier Destenay, the husband of Luxembourg Prime Minister Xavier Bettel, and Luxembourg’s “first gentleman.”

According to HuffPost, Bettel and Destenay have been in a civil partnership since 2013, when Bettel won prime minister. Two years later, the couple married after the country’s passage of marriage equality, making Bettel the first European Union leader to be married to someone of the same gender.