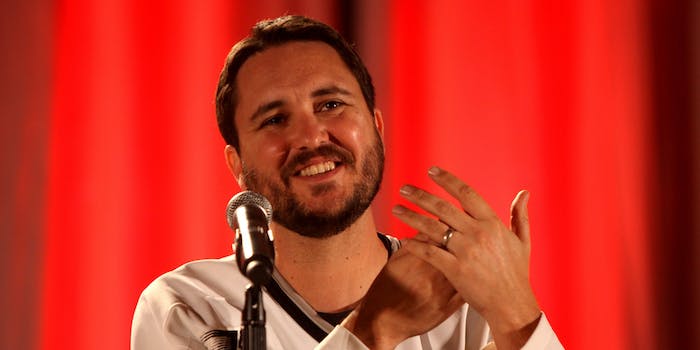 "Don’t let them make you feel bad because you love a thing."

Wil Wheaton already had sound advice for a future nerd, and now he has equally touching word for a girl who is being bullied.

He was approached by a girl named Mia during last year’s Denver Comic Con, who asked him what he did when people called him a nerd at school. He explained in a touching message that the bullies might just feel bad about themselves and are taking it out on her. She shouldn’t feel bad for liking the things that she likes.

It’s rather poignant for anyone who’s ever been bullied for being a nerd.

Often when something goes viral, you don’t hear anything from the people involved, but after the video went to the front page of Reddit, both of Mia’s parents wrote about how much her life has changed and how there was even a happy ending since that encounter at Denver Comic Con. Noting that there “wasn’t a dry eye in the room” after Mia’s question, she and her bully are on better terms this year. She even took another girl who was bullied under her wing and stands up for her.

Wheaton was touched by the girl’s response and was even astounded that he was trending on Facebook because of the video.

Um… I’m trending on Facebook? That’s … weird. I guess I should go be an asshole in public, or something.

“I really try my best to be the person I want other people to be,” he wrote on his blog. “I don’t always succeed, but when I see things like this, and hear from people who have been touched or inspired by something I said or did in a positive way, it reminds me how important it is to do everything we can to be awesome.”