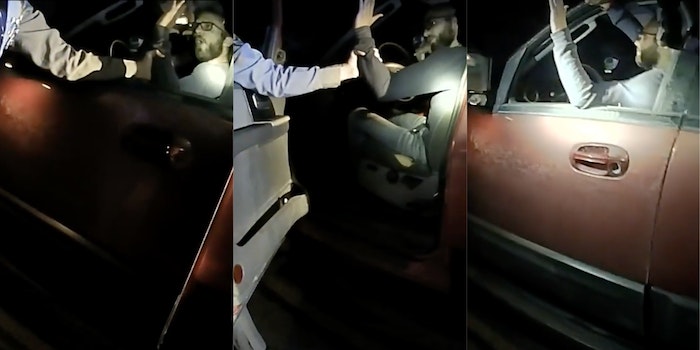 'If he was even slightly darker, he would have been shot at least in 5 separate instances in this video.'

Bodycam footage out of Ohio shows a white male driver resisting arrest and threatening to shoot an officer on the morning of Dec. 2. He managed to stay physically unharmed in the process, and now people online are pointing out the racial double standard the incident made apparent.