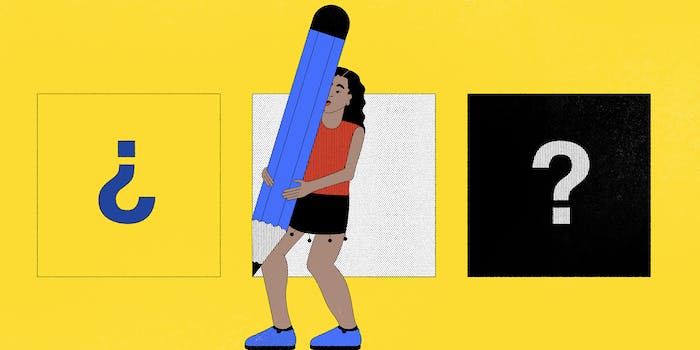 Understanding the difference between race and ethnicity

Let's break down these social constructs.

As populations diversify and race relations intensify, the question “What is ethnicity?” is ever-present.

Across social media, there are seemingly infinite ways to enter the conversation. There’s the cultural phenomenon of Black Panther, which blurs the lines between fictional and real ideas of Black liberation. Then there’s the Netflix teaser that nudges “transracial” woman Rachel Dolezal back into the spotlight via the documented traumatization of her Black son.

Of course, this wide spectrum has left this dialogue rife with miscommunication about how identity is understood in terms of ethnicity versus race. So what exactly is ethnicity?

Ethnicity is defined as a group of people who identify with each other based on common ancestral, social, cultural, or national experiences.

Identity, however, is complex, comprised of how we see ourselves in relation to the world and how others see us. In other words, ethnicity, like race and gender, are social, political, and economic constructs. Understanding that also means understanding that humans are fallible—and our constructions aren’t always the same or correct.

So, what’s the difference between race and ethnicity?

Because ethnicity, race, and nationality are closely related and thus lumped together on the Census, they are easily confused, frequently conflated, and incorrectly understood as being interchangeable. In reality, they’re not.

Race is defined as a group of people distinguished by shared physical characteristics—aka as skin color, like being Black or white. Nationality is the status of belonging to a particular nation by origin, birth, or naturalization—like being American, Honduran, or Liberian.

Ethnicity is often more self-defined. For instance, you might ask your friend what their ethnicity is and they could answer, “I’m Latinx,” meaning they relate to those from Latin American countries (and, as signified by the “x,” are also gender-neutral). If you are simply looking at your friend, you would likely draw more conclusions about their race and less so on a specific ethnicity. Because the Latinx diaspora is such a large ethnic group, there are Latinx people who are racially Black, brown, or white; or nationally Dominican, Panamanian, Mexican—the list goes on. There are even Latinx people who belong to more than one ethnic group such as Hispanic, Xicano, or Tejano.

To be clear, race isn’t biological—again, it’s a social construct—and claiming otherwise is inherently racist. Using science to determine differences in race has historically been a means to advance the social, economic, and political power of white people—by deeming all others biologically inferior. This is the basis of eugenics.

Ethnicity, race, and the African diaspora

Similarly, the African diaspora, which often overlaps with the Latinx diaspora, is helpful for understanding ethnicity. Black Americans, Afro-Americans, and African-Americans are an ethnic group derived from Black racial groups of the African continent and linked through American chattel slavery.

Here’s where it can get even more confusing: Black American is a term that is used colloquially to refer to a race and pairs race to nationality within its naming convention, but it is actually an ethnic group. This is evident in the mixing up of Black immigrants from non-American countries with Black Americans simply because they’re Black.

But these concepts aren’t impossible to understand. For example, Lupita Nyong’o is a racially Black person who has a Mexican-born nationality and Kenyan nationality as a result of her ethnically Kenyan, Luo ancestry. This embodies the nuances of how race, ethnicity, and nationality can intersect.

Ethnicity according to the Census

The U.S. Census Bureau recently announced it will change how it asks Black people to select their race for the 2020 Census by adding an additional space in the survey for individuals to fill in their non-Hispanic origins, like Jamaican or Nigerian. While this allows room for a more diverse and nuanced representation of the population, filling out a seemingly basic form that requires one to parse through information that you may or may not have access to—potentially due to genocide, slavery and/or displacement—can result in an existential crisis. As NPR pointed out, this is a reality for many Black people in America.

While racial categories within the census have changed many times in the past, this particular change is significant in the current political climate, since Census data is used systemically to draw congressional districts through gerrymandering, enforce voting and civil rights laws, and influence research, according to the Pew Research Center.

However, the U.S. Census Bureau iterates that “the racial categories included in the census questionnaire generally reflect a social definition of race recognized in this country and not an attempt to define race biologically, anthropologically, or genetically.”

Here are the standards on race and ethnicity according to the U.S. Census:

White – A person having origins in any of the original peoples of Europe, the Middle East, or North Africa.

Black or African American – A person having origins in any of the Black racial groups of Africa.

American Indian or Alaska Native – A person having origins in any of the original peoples of North and South America (including Central America) and who maintains tribal affiliation or community attachment.

Asian – A person having origins in any of the original peoples of the Far East, Southeast Asia, or the Indian subcontinent including, for example, Cambodia, China, India, Japan, Korea, Malaysia, Pakistan, the Philippine Islands, Thailand, and Vietnam.

As our understanding of ethnicity becomes more complex to reflect the reality we live in, it is clear ethnicity is, and has never been, a black and white issue.