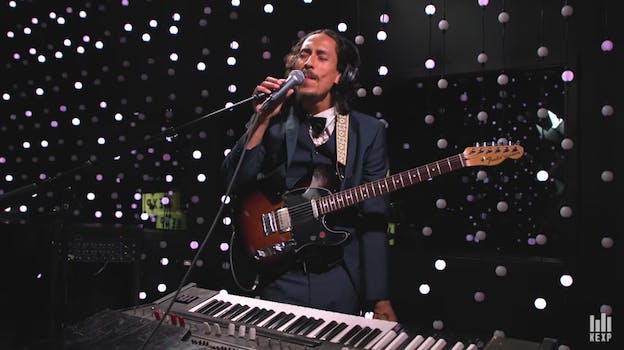 From Chicano to Xicanx: A brief history of a political and cultural identity

Being Xicano is not the same as identifying as Latinx or Mexican-American.

You may have seen the term in a Twitter bio or as a program in a college ethnic studies department (if you have one), but Chicano/Xicano represents something that no one person can encompass, and no entire academic course could contain.

To be a Xicano (pronounced CHEE or SHE-cano) is in many ways a decision. Where most Latinx people define themselves in nationalist terms such as Mexican-American or a Latin American country of origin, Xicanos put forth a political identity that emphasizes decolonization, rejection of cultural convention, and activism over origin or language.

Personally, as a person of mestizx (indigenous and European) descent from San Antonio, Texas, and as someone who stands for the liberation of oppressed people everywhere, I find that being Xicano is as simple as being me.

What does it mean to be Xicano, Xicana, or Xicanx?

Where does the term “Chicano” come from?

The origin of the term “Chicano” is generally thought to be a shortened form of the word Mexicano, meaning one of the Mexica people, rulers of the indigenous Aztec empire. Though time has brought changes (the “x” in the original Nahuatl pronunciation of a Mexicano would have used a soft “sh” sound instead of the harder “ch“ sound most commonly used today), the usage of the term is meant to place an emphasis on indigenous roots and reject colonization, which has historically been cause for both pride and disrespect.

What does the “X” stand for?

The transition of the spelling from Chicano to Xicanx(a/o), which is by no means total, is in large part due to the rise of Chicana Feminism, also known as Xicanisma. Ana Castillo, a pioneer author in the field, coined the term using an ”X” at the beginning instead of “Ch” as a means to more directly identify with the indigenous etymology of the term. Her works, along with many other Xicana authors, pushed the Xicano conversation into deeper consideration about the economic and cultural oppression of Latina women (who are still the most underpaid demographic in the United States) even within the Chicano Movement itself.

As Xicanista intellectuals incorporated queer and gender theory, the second “x” was used to be more inclusive of non-binary Xicanxs, as has occurred with the term Latinx. All these new considerations have transformed Chicanismo into a new Xicanismo.

When professor Francisco Rios of the University of Wyoming described the transition of the term, he said the older Chicano movement was “centered in race and ethnicity with strong male overtones.” But the newer movement of Xicanismo “works to recognize the multidimensional and intersecting nature of identities.”

From Chicano to Xicanx

We can best understand the Chicano identity as arising out of the social movements in the 1960s. The United Farm Workers were active in the Delano Grape Strike, inspiring political activism among Mexican-Americans. This was especially true for the young who, learning from Black student activist movements at the time, began to form a political consciousness around the name “Chicano.” Prior to this, the term was unpopular and primarily a derogatory one, implying low-class status and serving as an expression of racism.

Then, in 1967, Rudy “Corky” Gonzalez released “Yo Soy Joaquin,” an epic poem describing the long and complicated history of Mexican-Americans that also serves as an artistic declaration of “chicanismo,” the political ideology that would guide the Chicano Movement. Also, the document “El Plan Espiritual de Aztlán” became the manifesto of the Chicano Movement of the 1960s, detailing a nationalism based on reclaiming the Southwest United States (referenced as Aztlán, the “northern” origin land of the Aztec people) and activism on farmworker and land rights, as well as instituting bilingual education.

Is being Xicano different from being Hispanic or Latinx?

No…but also yes. To be Hispanic means being from a Spanish-speaking country or culture, while Latinx means being of Latin American descent, meaning Xicanos technically are both. However, much like Hispanics and Latinx are often the same people, the difference lies in what they chose to prioritize in their identities. For Hispanic identifiers, this is the Spanish language, while for Latinx people, the focus of identity lies in being from Latin America. Likewise for Xicanos, the choice to use the term is a choice to emphasize certain points of (political and cultural) identity.

Xicano as a political identity

Political themes have consistently informed the Xicano identity. Embracing indigenous ancestry and rejecting Anglo domination has been central to Xicanismo from its start.

As Ruben Salazar wrote in 1970, “a Chicano is a Mexican-American with a non-Anglo image of himself.” In other words, Xicanos define themselves by what it means to survive (and thrive) in modern American culture as descendants of colonized indigenous people. As Xicanisma author Cherrie Moraga said, “We have always maintained a cultivated relationship to la tierra that still resides in our basic cultural Mexicanism. We are a people of the earth, as El Plan de Aztlán asserted more than 40 years ago.”

Another theme is the rejection of borders and traditional nationalism—along with the categorical status of “immigrant” or “foreigner,” though this has changed over time. The Chicano Movement of the 1960s used nationalist rhetoric to unify Chicanos around the political causes of time. Modern Xicanismo/a often argues for a more intersectional perspective, examining social justice issues as they work across borders, socioeconomic statuses, and racial differences—it rejects an emphasis on national identity (even a Chicano one) as a tool to organize. This can be seen in who has traditionally identified as Xicano: While the term Chicano almost exclusively referred to Mexican-Americans, Xicanismo (and the identifier Xicanx/a/o) offers a name for children of recent American immigrants from Mexico, as well as immigrants from Central America.

Other common political topics for Xicanos are ending war and U.S. imperialism, a focus on improving education for Xicanos and other minorities, and investigating the role of gender in the community.

The Xicano community has brought to life a diverse collection of art and literature that reflects the important themes of its culture—and you’ve probably heard of many of these works already. Classic books like Sandra Cisneros’ House on Mango Street explore xicanisma through brief but poetic stories of her childhood, recalling shame of her family’s poverty and the struggles of maturing as a woman of color. Contemporary poets like Ariana Brown continue to explore the importance of queerness in the Xicano and Latinx identity. Music from Richard “Ritchie Valens” Valenzuela or Mars Volta brings Latinx and American influences together.

One thing that’s easy to understand about being Xicano is that is not an identity to be taken on lightly. It’s a political statement, one that declares a certain consciousness and radical awareness. It aligns you with a history of activism. It’s also a cultural statement, embracing and blending aspects of Mexican (and other Latinx) and American culture while linking oneself to the survival of indigenous ancestors. The best way to learn about it is to hear from Xicanos themselves.

Chicano Batman lead singer Bardo Martinez (who also identifies as afrolatino) expresses his personal relationship with Xicanismo in his music. “I’m Mexican and Colombian; my Dad is from Jalisco, Mexico and my Mom is from Cartagena, Colombia,” Martinez told the Daily Dot. “So in many ways, I didn’t grow up as a Xicano, but in a way I became Xicano.”

“You become immersed in Mexican-American culture from the pure fact of being a part of the community of Los Angeles, which is extremely Xicano,” Martinez said.

Like its art, ‘Chicano’ is an evolutionary term. Each generation has as much right to define what a Chicano is as any generation that came before them. One of the main aesthetic characteristics of Chicano is traditional Mexican meets contemporary America. It’s where they meet, influence each other, and create something totally new.

Xicanxs continue to keep identity active in the digital age. Veteranas and Rucas is a popular Instagram account, immortalizing the underground lowrider scene in 90s SoCal. Xicanisma, a Facebook page “dismantling oppressive isms through privileged tears,” hit 100,000 followers this year, and the Twitter account @QueerXiChisme arose in response to the Pulse nightclub shooting in 2016 as a voice from a queer Latinx person like those targeted.

From the cultural history to the political priorities, from low-riders and Nike Cortez’s to anti-war protests and pushing for bilingual education, the Xicano identity is about embracing the intricacies of a history between nations and committing to social justice for the disempowered. As Rios reminds us, “The many ways one can be Chicano/a-Xicana/o abound; we would do well to affirm these variations.”