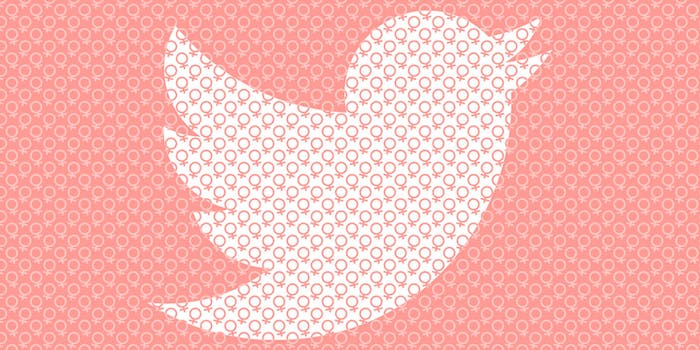 Women are divided on the Twitter boycott, even with it's well-intended message.

On Thursday night, women across Twitter shot off their final tweets of the day, posted one last message about their intent to be offline all of Friday, and closed up shop.

Tomorrow (Friday the 13th) will be the first day in over 10 years that I won’t tweet. Join me. #WomenBoycottTwitter pic.twitter.com/xoEt5Bwj5s

These women have chosen to stand with Rose McGowan in response to Twitter locking her account for 12 hours after her days-long callouts of disgraced producer Harvey Weinstein and his purported enablers, including Ben Affleck. Twitter explained it took action because McGowan tweeted out a private phone number. However, sexual assault advocates pointed to the company’s hypocrisy in censoring  McGowan’s account but doing little to prevent repeated harassment of women and hate speech on the platform.

So women said, enough is enough, and launched the hashtag #WomenBoycottTwitter, vowing to spend all of Friday off the website. Male allies joined, too, in a move to promote solidarity and amplify McGowan’s story.

However on Friday, some women were still on Twitter, explaining why they decided to forgo the boycott. Some found irony in the style of protest—Twitter had silenced McGowan’s ideas, so what use did other women have in removing their voices from the conversation to prove a point to the corporation?

Others explained why silence, for them, was not an option. Regardless of the intent of the boycott, women expressed that they didn’t agree with the impact the boycott might have on conversations solely centered on sexual assault.

As a sexual assault survivor, I can’t participate in #womenboycottwitter & be quiet. We can’t continue to be silent. We have to be louder.

For women of color, however, critiques of the boycott were more pointed, and with good reason—where was this boycott of Twitter when the company did nothing to alleviate, if not eliminate, the years of harassment that Black women have faced on the platform?

Oh so it's #WomenBoycottTwitter day. Does that mean Black women can tweet today without our threads being stolen for article titles?

Silence won't save us. It might work for some white women, but Black girls have to yell. Or we'll get run over & everyone will ignore it.

Read the whole thread. And as a woman of color who wants to protect the ACA, i'll be on twitter tomorrow. https://t.co/vdUy4YX7Ot

What happened with Rose McGowan being suspended was wrong. Unequivocally wrong. But if that's what activated your awareness, I don't especially trust you.

I understand the calls of solidarity w/ assault victims, but women of color RARELY engender this type of solidarity and that's some B.S. https://t.co/ufJckERVmJ

When Milo Yiannopoulos encouraged racist trolls to attack Leslie Jones‘s account last summer, where were the droves of women using their social media clout to shame Twitter into acting? Where were the protests when Fifth Harmony’s Normani Kordei also received an onslaught of racist hatred, causing her to leave the site? And most recently, as ESPN’s Jemele Hill continues to serve a two-week ESPN suspension for her tweets on boycotting advertisers, why have women not shown her the same level of solidarity given to McGowan, all while the President of the United States bashes Hill on the same platform?

I won’t be boycotting Twitter tomorrow. I support those who do. I only ask that you be honest about whether you are showing up selectively.

Calling white women allies to recognize conflict of #WomenBoycottTwitter for women of color who haven't received support on similar issues.

Instead of ruminating on Twitter’s and its users’ longstanding inaction regarding racism, women not partaking in the boycott are actively demonstrating on the platform by using the hashtags #WOCAffirmation, #BoostWOC, and #AmplifyWomen to promote their own work and the work of women yet to be recognized.

I think I'd rather #BoostWOC today than participate in #WomanBoycottTwitter because so many less privileged women are already silenced.

The hashtag I'll be using is #WOCAffirmation. Shout out sistas that are doing the damn thing. Promote them. Hit me so I can RT. Lift us up.

Black woman journalist. I write daily for @TheRoot. I bring news and important information to our people. #WOCAffirmation

im a comedian. left my tv show in Chi to escape a stalker. been in NYC 2 weeks trying to restart my career! #WOCAffirmation clips in reply pic.twitter.com/FnseU98drA

Regardless of how women chose to demonstrate on Friday, a deeper look into the trolls celebrating the #WomenBoycottTwitter hashtag proved how necessary it is that the conversation extends beyond the day of division.

Good. Now maybe men can get a word in. #womenboycottwitter