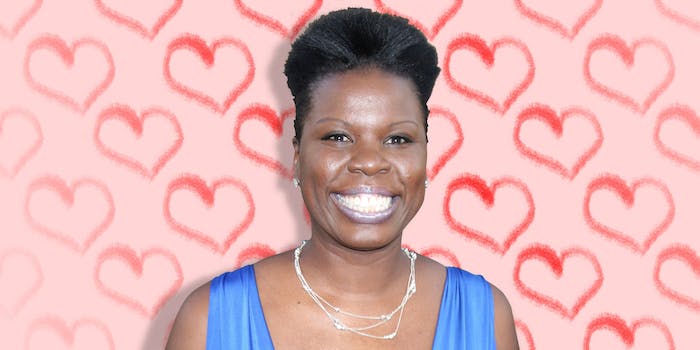 Leslie Jones supporters are showing up in droves to decry racist, sexist hack

#LoveForLeslieJ is back in full-force.

Earlier this week, actress Leslie Jones’s website was hacked, and attackers leaked personal information, documents, and even nude photos. In light of the attack, the hashtags #LoveforLeslieJ and #StandWithLeslie are back, with fans and celebrities showing support for Jones after the abuses she’s endured.

It's taken far too long for us to deal with bullying. And tonight, that is even more evident. @Lesdoggg #LoveForLeslieJ #Love4Leslie

Sending love to @Lesdoggg. She's an awesome woman & what these criminals are doing is beyond disgusting. #LoveForLeslieJ

Stop telling @Lesdoggg to "be strong". Its not her job to be strong in the face of depravity. @twitter should stop this. #LoveForLeslieJ

They are still coming for @Lesdoggg When WoC refuse to be silent attempts increase. Let's make sure we are sending love #LoveforLeslieJ

Do not give your eyeballs to this racist, hate-filled, misogynoir crime. I #StandWithLeslie ❤️

She’s even received words of support from Hillary Clinton.

@Lesdoggg, no one deserves this—least of all someone who brings us so much joy. I'm with you. -H

The hashtag first made an appearance after Jones received an onslaught of misogynistic and racist hate, led by Milo Yiannopoulos, on Twitter following the premier of Ghostbusters. Jones left Twitter for a while, and the incident highlighted not just the lack of protections against abuse on the platform, but the specific abuses black women face online.

Leslie Jones hasn’t tweeted since before the attack, but the Department of Homeland Security is investigating the incident. The hackers could theoretically face 30 years in prison.