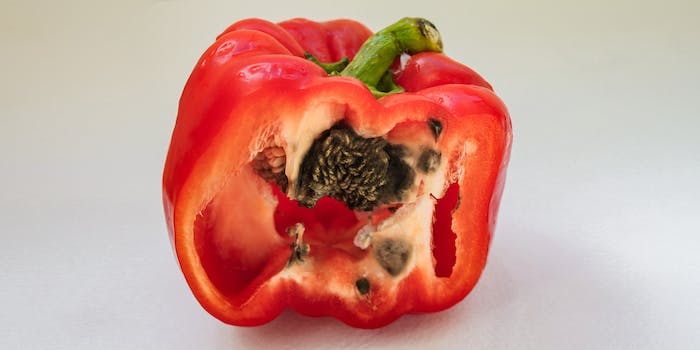 ‘What a bizarre move’: Woman says Trader Joe’s called her ‘Karen’ over email after she notified them of moldy bell peppers

'My name is not Karen. I did not put my name as Karen.'

A woman on TikTok says Trader Joe’s called her “Karen” in an email after she notified them of moldy bell peppers she had bought at the store. Her name is not Karen.

The TikToker (@crustparty) says she wasn’t trying to act like a “Karen” when she notified Trader Joe’s of the issue. She was simply trying to share a “quality concern,” she adds.

In the video, she shares photos of two bell peppers that were cut open to reveal mold growing inside. She says she bought the peppers at Trader Joe’s that day.

Then, the TikToker shows a screenshot of the email reply from Trader Joe’s, which begins, “Hello Karen.”

“My name is not Karen. I did not put my name as Karen,” the TikToker says in the video. “I am so sorry Trader Joe’s for my worry about the health and safety of your customers, but I suppose I will never worry again. Thank you for your kind words.”

In a comment on her video, the TikToker says she did not email Trader Joe’s corporate directly with the concern. She says she filled out a form for quality concerns on their website, but now she knows to just bring her concerns back to the store.

In another comment, the TikToker wrote, “I also know they wouldn’t know about the mold! that’s why I said something because it was in their packaged peppers AND open air peppers! just fyi.”

Some viewers were baffled by the email reply and called out Trader Joe’s for a lack of “professionalism.”

“What a bizarre move on their part. Like, what?” one viewer commented on the video.

A third said, “That’s so unprofessional of them and passive-aggressive.”

Several viewers took the opportunity to compare Trader Joe’s to Aldi, a German-based international grocery chain that has a bit of shared history with the former.

“Aldi would never,” another user wrote. In reply to that comment, the TikTok creator said, “you are so right they are elite.”

In a follow-up TikTok video, the creator clarifies that the “Karen” comment may have just been a genuine mistake by Trader Joe’s. Other than being addressed to “Karen,” the email was “actually pretty nice,” she argues.

“But it’s so funny, and I feel like I just have to post it,” the TikToker says.

In the video, she speculates that the email is just an automated “stock” email that gets sent to people who fill out complaints. One commenter guessed that’s why the email was addressed to Karen.

“They probably have “Karen” saved in the stock email and the employee forgot to change it,” they commented.

The Daily Dot reached out to the creator via TikTok comment and to Trader Joe’s via the media request form on their website.