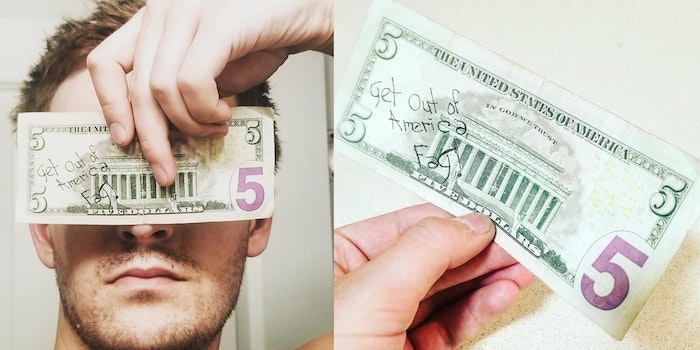 He says they asked him for a pen during their meal.

A server in Utah revealed on Facebook that he received a $5 cash tip with the words “Get out of America, F*g” written on it.