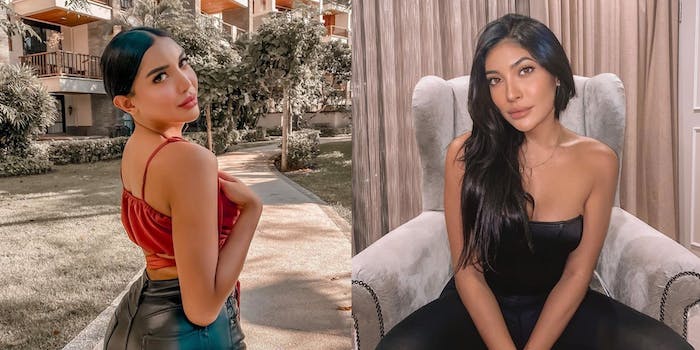 The outcry ultimately made a difference. Millen Cyrus has since been moved to a private cell.

Outrage erupted in Indonesia after a trans influencer was placed in a men’s detention facility after an incident last week.

Millen Cyrus was arrested during a drug raid in North Jakarta last Sunday. But because she’s transgender and is still identified as male on official records, she was put in a men’s detention facility rather than with other women.

“[Millen was] placed in a cell according to the sex written on her citizens identity card, and it says male,” local police chief Ahrie Sonta said.

The Instagram influencer and model is popular in her home country, boasting over a million followers as she shares images from photoshoots alongside ones from her every day life.

As such, the media quickly picked up the news of her arrest, which prompted human rights organizations both in Indonesia and around the world to become involved, unequivocally slamming the decision as transphobic and a hazard to Millen’s safety.

Jakarta trans rights activist Anggun Pradesha added that “placing Millen in a men’s detention cell is a big mistake and a sign of insensitivity from the police to gender diversity.”

And fans of Millen’s spoke up across social media as well, expressing their disapproval of the situation and demanding that she be moved to an appropriate holding cell.

Indonesia doesn’t have discrimination protections in place for the LGBTQ community, and trans citizens are only allowed to have their gender changed on official documents if they jump through specific hoops, including undergoing gender reassignment surgery, which must first be approved by a judge.

But the outcry ultimately made a difference. A couple of days after Millen’s arrest, news broke that she was moved to a private cell while awaiting formal charges.