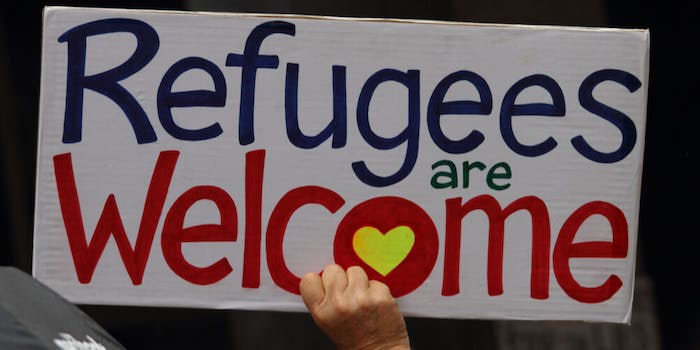 'I’m just one of the numbers.'

A Zimbabwe man says he was “totally unaware” of an email that became a crucial reason his request for asylum in Australia was ignored, BuzzFeed reported on Tuesday.

The 30-year-old man, identified by the pseudonym Jason, has lost his case for refugee status and is facing a $1,764 bill.

Jason is concerned about political conflict in his home country, where he says he is vulnerable to being persecuted by his father’s political opponents if he returns.

In his case with the Administrative Appeals Tribunal, authorities said they found “numerous credibility concerns” that contributed to a final decision. Officials said they sent Jason a notice about “adverse information” on his application and asked him to respond.

Jason told BuzzFeed he was “totally unaware” of the notice.

The notice reportedly went to a “generic visitor bookings email address” according to BuzzFeed, even though past emails had gone to his personal email address, which he preferred.

The email requested authorities pass on the information via “immediate hand delivery,” but officers failed to do so.

“To them it’s nothing,” Jason told BuzzFeed. “I’m just one of the numbers. They don’t realise how it’s costing me mentally, as well as financially.”

According to the decision report, Jason’s application was denied due to “various inconsistencies are significantly undermining of the applicant’s overall credibility and his key claims for protection.”

One of the key inconsistencies the tribunal reportedly found was between Jason’s claims and his father’s “fail[ure] to corroborate” those claims. He gave his evidence on the phone.

The incident took place at the Villawood Immigration Detention Centre in Sydney, which according to BuzzFeed has a history of mismanaging its administrative work. Officials there have come under fire in the past for being late to bring detainees to hearings.