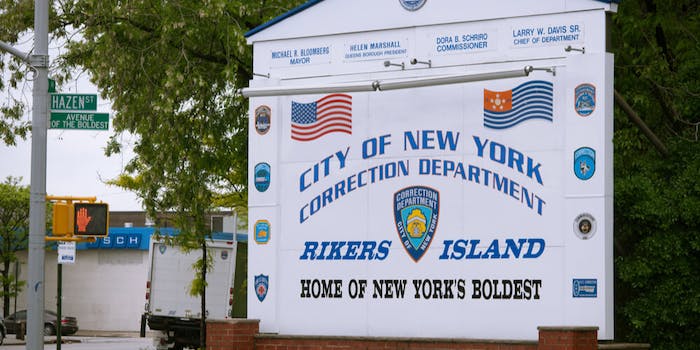 The company allegedly 'cherry-picked' inmates for the project.

The report details how McKinsey, a company that had never consulted for a jail, came to be paid $27.5 million in 2014 to help ease the spike in violence at Rikers that had the U.S. attorney’s office in Manhattan threatening to take legal action.

Two years before McKinsey was brought in, violence had reportedly increased by 50% between inmates and inmates and guards. By the time McKinsey handed its report over to the New York City corrections commissioner in 2017, the firm claimed that violence had dropped by 50% thanks to its “Restart” program.

But according to ProPublica, the program was rigged from the start, using inmates that were dubbed less violent to make it seem as though the program was beneficial when it wasn’t.

“We stand behind our team’s professionalism and integrity,” a spokesperson for McKinsey & Company said.

While McKinsey denied the rigging, Joseph Ponte, the corrections commissioner from 2014 to 2017, told ProPublica he knew they were “cherry-picking docile inmates.”

“I was well aware of how we were selecting inmates in the Restarts—very carefully,” Ponte said. “It was a new process for us, and we wanted it to be successful.”

ProPublica also reports that McKinsey avoided transparency from the start and used messaging systems like Wickr that would delete messages hours after they were sent to exchange project documents.

Once the data was handed off to the city in early 2017, officials were concerned by “documents that cast doubt on the integrity of the data provided by McKinsey.” Several data errors were spotted, and it was quickly determined that the data would “not stand up to an audit.”

A spokesperson from McKinsey & Company did not immediately respond to the Daily Dot’s request for comment.