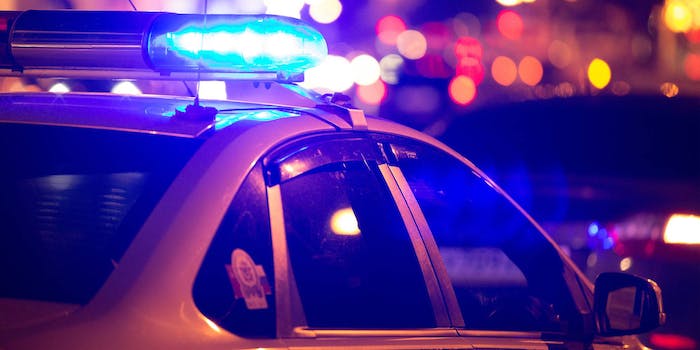 Orlando was hardly the first time the LGBT or Latino community has been targeted.

It’s impossible to pinpoint the worst thing about the Orlando shooting and subsequent deaths of 49 mostly Latino LGBT people. Everything about the incident is horrible—but for many in the LGBT community, it’s also triggering past wounds.

Sadly, Orlando is hardly the first time the LGBT community has been targeted by hate violence: It’s a community continually scarred by violence, by murders, by harassment and bullying and repressive legislation that perpetuates inequality.

On Tuesday, in a pre-planned event that turned out to have eerie timing, the National Coalition of Anti-Violence Programs released the latest edition of its annual Lesbian, Gay, Bisexual, Transgender, Queer and HIV-Affected Hate Violence report. The report compiles community-gathered statistics on harassment and anti-LGBT violence from member organizations in 11 states, including Texas, Colorado, Vermont, Minnesota, Missouri, Massachusetts, Michigan, California, New York, Ohio, and Arizona.

“An overwhelming majority of the community members we lost to violence this year were LGBTQ people of color, especially transgender and gender-nonconforming people of color,” said Leah Taraskiewicz at Equality Michigan. “We are clearly in a state of emergency. None of us are immune to this crisis of brutality and violence that’s rooted in racism, homophobia, and transphobia.”

LGBT youth were in especially risky circumstances at home: Hate violence survivors ages 14–24 were three times as likely to be attacked by a relative or acquaintance.

Perhaps most disturbing are the statistics about law enforcement’s engagement with the LGBT community. Of the 1,253 incidents reported, 80 percent of survivors said that police were indifferent or hostile. Perhaps because of that, the amount of LGBT hate-violence victims who reported incidents to police fell between 2014 and 2015—to less than half of survivors reporting.

On Twitter, the New York City Anti-Violence Project (AVP) held a town hall discussion using the hashtag #Not1Story today. There, participants responded to AVP prompts to reflect on the rampant harassment and violence in the LGBT community and what can be done about it.

Wish I had a dollar for every time I've been harassed or faced some sort of violence. #not1story https://t.co/W9GmKbOYdj

Hate is hidden & can be the denial of treatment & the ban on using Gay men's blood by implied HIV+. #Not1Story @antiviolence @TransPOCC

A1:@antiviolence the barber shop where you have to listen to the things that are painful to hear when no one knows you're LGBTQ #Not1Story

Erasure, esp. of bi+ people, as either "confused" or "not really gay", or my personal fave, "it's a phase"

A1. Too often, LGBTQ people face violence at hands of police, incl when trying to report violence. #Not1Story https://t.co/8csIEzMlR6

The #Not1Story discussion was not a circle of LGBT people sharing their personal stories of being victimized by harassment and violence; rather, participants explored some of the social and civic structures that surround and perpetuate such incidents. A frequently raised topic was interactions between police and the LGBT community. Tweeters also raised concerns around anti-LGBT legislation like North Carolina’s H.B. 2 and other laws that specifically target the community.

“Hate violence—including bias, discrimination, criminalization of our communities, and the presumption that violence against LGBTQ people is somehow permissible—is being written into our laws at an alarming rate,” said Beverly Tillery at the New York City Anti-Violence Project. “Now is the time to hold our institutions and policy makers accountable. We cannot allow the codifying of violence against our communities through harmful legislation.”

Some of the conversation related directly to the Orlando massacre of 49 LGBT people that left another 53 people injured and hospitalized late Saturday night. One Twitter user referred to the FDA’s long-standing ban on blood donations from men who sleep with men (MSMs), enacted in 1983 due to the higher number of MSMs affected by HIV during the peak of the AIDS epidemic. Though the blood ban was slightly altered in December 2015, it still requires gay and bisexual men to be celibate for one year prior to donate blood.

All FDA guidelines remain in effect for blood donation. There are false reports circulating that FDA rules were being lifted. Not true.

Notably, though the FDA still bans sexually active MSMs from donating blood, a rumor circulated on Sunday that Orlando’s One Blood donation center was accepting all donors regardless of federal policies. But as One Blood tweeted on Sunday afternoon, the rumors were false. Gay and bisexual men were, and are, still banned from donating blood—even in a crisis affecting their own community.

The #Not1Story discussion continues on Twitter even though the town hall is over.