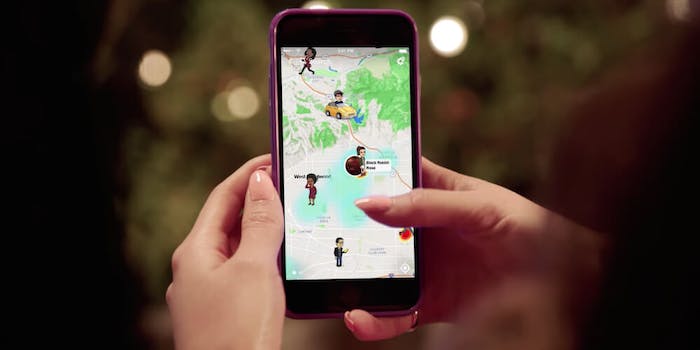 Three men have been charged in the kidnapping.

A kidnapped teenager was rescued last week with help from an unlikely source—Snapchat.

According to the San Jose Police Department, 55-year-old Albert Thomas Vasquez enlisted the help of two other men, Antonio Quirino Salvador and Heriberto Gonzalez Avarenga, to kidnap the 14-year-old girl from Capitola, California, after he gave her drugs that ultimately incapacitated her.

Vasquez allegedly sexually assaulted the teen before the three transported her to an E-Z 8 Motel in San Jose. There, the teen was able to get ahold of her friends via Snapchat. She told them she had been kidnapped but didn’t know where she was, so they used the app’s Snap Map to find her and call 911.

Snap Map is a location-sharing feature on the popular social media app that allows users to choose friends who can see where they are in real life when the app is open.

In this case, the Snap Map led the police right to the E-Z 8 Motel, where they rescued the girl and arrested Vasquez, who is being charged with several different offenses, including kidnapping to commit rape and lewd act with a child 14 or 15 years with force. Salvador and Avarenga were booked into the Santa Clara County Jail for kidnapping the next day.

While a spokesperson for Snapchat told BuzzFeed News that this isn’t the first time the location-sharing feature has been used for “similar purposes,” there have also been known incidents where the map has been used to cause harm rather than prevent it.

But last Tuesday, the social media app very well may have saved a teen’s life.