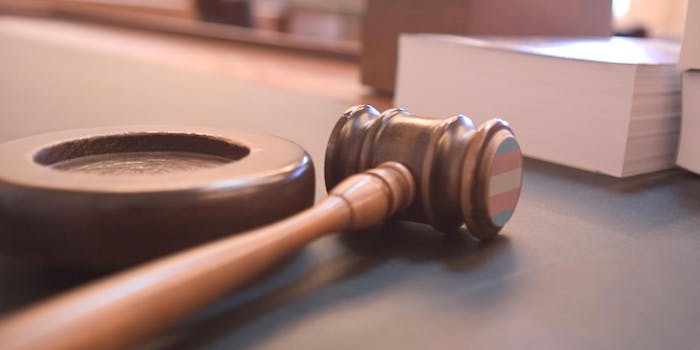 Community believes 12 years is not enough for her brutal murder.

What is the price of a young woman’s life?

On Tuesday, the New York State Supreme Court handed James Dixon a 12-year sentence for the brutal 2013 murder of a 21-year-old transgender woman named Islan Nettles. Dixon, 25, pled guilty to manslaughter in a deal that the Manhattan District Attorney announced on April 4.

But family members and LGBT advocates decried the lowered sentence—which would have been between 17 to 25 years in prison were Dixon to face a jury trial.

The Islan Nettles murder led to a national uproar over the high rates of violence facing black transgender women. According to the Manhattan District Attorney’s Office, Nettles was walking in Harlem on August 17, 2013, with two friends who were also trans women when they encountered a group of about seven men.

Dixon told police he had been flirting with Nettles, unaware that she was transgender until his friends began to tease him about her gender. Dixon punched Nettles in the face so hard that she hit the back of her head on the pavement as she fell, losing consciousness. He then continued to hit her before fleeing the scene.

Nettles was declared dead on August 22, after five days on life support at Harlem Hospital.

A prosecutor read a statement from Nettles’ father, Anthony Mundon, in court. In the statement, Mundon said he was “extremely proud” of his transgender daughter, who aspired to become a fashion designer.

“How can a plea deal even be offered given the severe nature of the crime baffles the mind,” said Mundon in the statement read in court in his absence. “Twelve years is nowhere near the appropriate sentence for the man who didn’t care that she was already unconscious when she hit the ground and mercilessly continued to pummel her.”

On social media, members of the LGBT community and allies expressed disappointment upon learning that Dixon was given a plea deal.

#IslanNettles should still be alive. My thoughts and prayers are with all her loved ones. Justice was not served today. Rest in power.

Many of the people speaking out online about the case pointed to rising statistics of violence against transgender women, especially black women. The year that Nettles was killed, according to the National Coalition of Anti-Violence Programs, 67 percent of hate crime killings had victims who were transgender women of color.

By the end of 2015, more than 22 transgender women of color had been murdered—setting a historical record for the most killings experienced by the community than in any previous year and inspiring an online protest movement to #StopTransMurders.

This month saw the death of two trans women of color. Houston’s Shante Thompson, brutally beaten to death by a raging mob on the street, and Montgomery County, Maryland’s Keyonna Blakeney, murdered in a hotel room, continue to be mourned online.