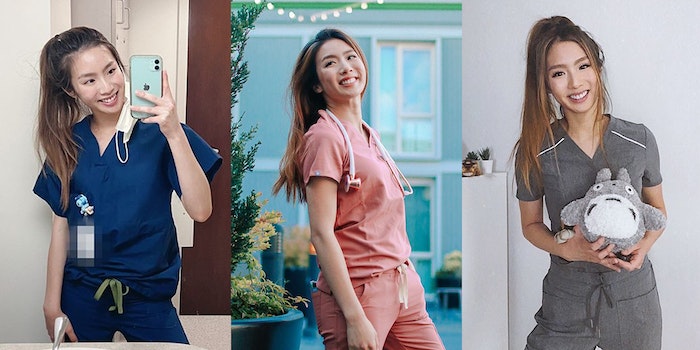 A social media influencer is being put on blast for allegedly lying about being a frontline healthcare worker during the COVID-19 pandemic to earn clout.