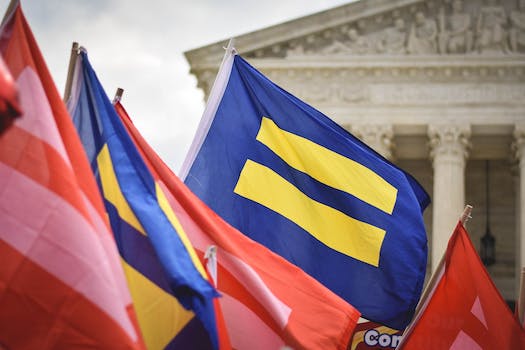 2016 was a mixed bag for state-level LGBTQ rights

Here's a look at legislation affecting LGBTQ rights in 2016.

As of doom-and-gloom 2016 is finally showing signs of ending. The Human Rights Campaign has released The State Equality Index, a comprehensive state-by-state report of all the legislation and policies that affected LGBTQ people in 2016, plus a look ahead at 2017.

This year was a mixed bag for LGBTQ rights. Over 200 pieces of anti-LGBTQ (especially anti-trans) legislation were introduced in the states, and while 501 pieces of positive legislation were introduced, only 48 passed. More than half the states still don’t provide legal barriers to discriminating against people against gender and sexuality, eight states ban discussion of LGBTQ topics in schools, and 19 states exclude transgender coverage in Medicaid.

But there was a lot of good news. States like Washington, Montana, and Massachusetts took significant steps forward in locking in protections for those in the LGBTQ community most at risk, including transgender and non-binary people, as well as youth. We also watched Pat McCrory, famous for the anti-trans bathroom bill in North Carolina, lose the gubernatorial election in his state to Democratic Attorney General Roy Cooper, who had opposed the bill. After McCrory’s loss and the state’s huge financial losses that came as a result of passing the bill, more conservative states like Tennessee and Kentucky quashed plans for similar bills.

But the report reminds us to remain vigilant despite some significant victories this year, stating:

Efforts to secure fundamental protections for LGBTQ Americans in employment, housing, and public accommodations will continue in the state legislatures across the nation…At the same time, a flurry of anti-LGBTQ bills are anticipated in many states. And since many states allow bills that were neither defeated or enacted in 2016 to carry over t0 2017, many of the same discriminatory bills from this year are likely to be considered next year.

Read the full report here for in-depth analysis on each state.