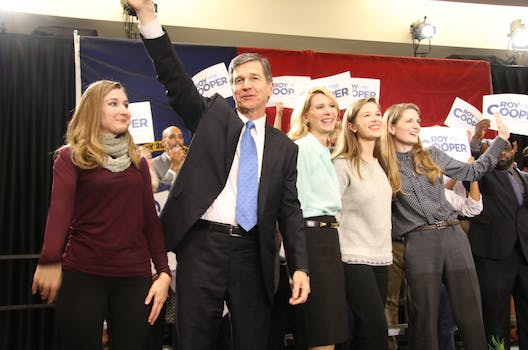 His concession comes almost a full month after the election.

In a video statement, McCrory said, “I personally believe that the majority of our citizens have spoken and we should now do everything we can to support the 75th governor of North Carolina, Roy Cooper… I’m proud our team leaves the state a much better place than when we came into office.”

McCrory is the first governor in North Carolina history to lose a reelection bid, which many are attributing partly to his controversial discriminatory bill, HB2. McCrory became famous all over the country for the anti-trans bathroom bill, which called for transgender people to use bathrooms corresponding with their biological sex instead of their gender identity. Cooper stands firmly against HB2, saying he believed it “writes discrimination into our law.”

In a statement issued by Cooper following McCrory’s video statement, he wrote, “Together, we can make North Carolina the shining beacon in the South by investing in schools, supporting working families, and building a state that works for everyone.”

Mara Keisling, the executive director of the National Center for Transgender Equality, released a statement today celebrating McCrory’s defeat as a victory for transgender people. “Other governors and state legislators should take note: History is on the side of transgender equality, not transgender exclusion,” she said. “People want an inclusive society, where all people including transgender people are respected and safe.”