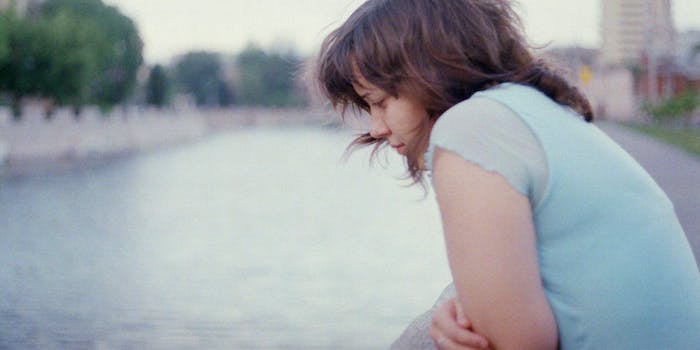 How to know if you’re a victim of ‘gaslighting’

Rather, gaslighting is a form of emotional abuse that commonly happens in manipulative and domineering relationships. From parents hurting their children to a romantic partner controlling their spouse, gaslighting’s effects are insidious and often long-term for victims. Gaslighting can even happen in work settings, such as bosses manipulating their employees, or a sexual harasser abusing a colleague.

However, because gaslighting is such a complicated abuse tactic, it can be hard to understand how abusers use gaslighting to their benefit. Here’s our guide to the basic theories behind psychological manipulation and gaslighting.

First off, gaslighting is an emotional abuse tactic. Whether done consciously or subconsciously by the gaslighter, it’s a form of control that distorts the victim’s perspective and leaves them questioning their reality, making them feel like they further need to depend on their abuser.

“Gaslighting is an extremely effective form of emotional abuse that causes a victim to question their own feelings, instincts, and sanity, which gives the abusive partner a lot of power,” the National Domestic Violence Hotline writes on its site. “Once an abusive partner has broken down the victim’s ability to trust their own perceptions, the victim is more likely to stay in the abusive relationship.”

As far as emotional abuse tactics go, gaslighting is particularly hard to spot because it makes the victim second-guess themselves. An abusive father may deploy it on an entire family, or on a controlling girlfriend may use gaslighting tactics to keep her girlfriend in check. In many cases, gaslighting goes undetected as abuse worsens.

“Gaslighting tends to happen very gradually in a relationship; in fact, the abusive partner’s actions may seem like just a harmless misunderstanding at first,” the National Domestic Violence Hotline explains. “Over time, however, these abusive behaviors continue, and a victim can become confused, anxious, isolated, and depressed while losing all sense of what is actually happening.”

There are multiple signs that someone is being gaslighted by their friend, loved one, or coworker. And while gaslighting’s red flags may not be obvious at first, abuse often happens early on and gradually threatens the victim’s sanity. Here are a few common gaslighting tactics, some of which are adapted from HealthyPlace.

Abusive tactics are often used simultaneously, so during an abusive episode, the victim may experience manipulative put-downs while the abuser projects abusive behavior onto the victim. When used alongside one another, these abuse tactics can significantly damage a victim’s sense of self.

“A common method of gaslighting is known as the ‘double-whammy,’ in which the gaslighter puts down the victim, waits for the victim’s response, and then attacks the victim’s judgment, perspective, or questioning of the original attack,” Together Magazine argues. “It’s a powerful way for manipulators to maintain control over others, especially if the person subjected to this treatment has less-than-robust self-esteem.”

What are gaslighting’s long-term effects?

Besides causing confusion and reliance on the gaslighter, exposure to gaslighting can also cause long-term negative effects on the victim’s psychological health. Gaslighters may have trouble walking away from abuse, and it may take a long time for victims to rebuild their self-image after being stuck in an abusive relationship, Dr. George Simon for Counselling Resource points out.

“After questioning their perceptions, judgments, feelings, and even their sanity for so long in their relationship with their abusive manipulator, it’s often quite difficult for them to restore a balanced sense of self,” Dr. Simon notes on the site. “Victims of prolonged or intense gaslighting often need specialized help.”

Victims may feel mistrust toward others after experiencing gaslighting, which can damage their ability to form healthy relationships. This can subsequently destroy a victim’s support network, or it can further isolate a survivor from others if they’re already alone.

Most of all, gaslighting victims may be vulnerable to further abuse after being isolated from healthy, supportive relationships. Survivors may inadvertently become codependent on gaslighters, creating an abusive cycle where a victim is constantly revictimized by others.

In any healthy relationship, partners disagree with each other. This can include misremembering arguments, past events, embarrassing moments, or social faux pas. And during fights, loved ones may accuse each other of hurtful or unhealthy behavior that’s done absentmindedly.

When couples disagree, that isn’t gaslighting. People live subjectively, and that means coworkers, family members, or couples may have different perceptions of the world around them. Arguing about past events isn’t gaslighting. Forcibly manipulating someone into agreeing with your point of view for personal gain, however, is when a disagreement becomes abusive.

Gaslighting isn’t something that happens on a global or national scale, either. Gaslighting takes place between individuals, and it shakes a person to the core of their sense of self. This means gaslighting cannot happen between two political movements arguing about taxes, healthcare, or the national budget.

“Gaslighting is not when somebody has a different opinion to you,” Business Insider notes. “For example, you can’t accuse someone of it just because they vote for an opposing political party.”

Granted, similar tactics are often used in political settings against activists. In fact, the Trump administration has been criticized for manipulating the American public in ways that make people feel uncertain and queasy about the country’s future. The current political climate may revictimize survivors and serve as a trauma trigger for that reason alone.

But this isn’t quite the same as the emotional abuse dynamics that happen between families, partners, or coworkers when gaslighting emerges. The former is about sociological, political, and national identities. The latter stems from emotional harm directed at a specific person in an attempt to break down their mental stability.

How to deal with gaslighting

If you suspect you’re being gaslit by another person, there are several steps you can take. DomesticShelters encourages victims to record events between yourself and your gaslighter in a secure diary, listing troubling or noteworthy incidents for future reference. If your abuser denies abuse took place, or if they manipulate you into thinking you were in the wrong, a prior record is a great way to challenge that narrative.

If gaslighting happens in public, try talking to a close friend or loved one who may have witnessed abuse. They can help give a neutral, baseline recollection of events if your abuser denies wrongdoing. Consider whether you’re reliant on your partner for making simple decisions in your life, too, or for understanding the world around you. Do they seem to define your sense of direction in life, or do they largely encourage you to make decisions independently? Asking these questions, and trusting in your answers, can help fight gaslighting.

Familiarizing yourself with common gaslighting tactics is an excellent way to fight gaslighting, too. If an abuse tactic feels familiar, reflect on whether it’s being used against you by someone else. And most of all, seek out professional help from a therapist. They can help unpack the conflicting emotions that may be running through your head and serve as a healing presence to figure out if gaslighting is taking place.