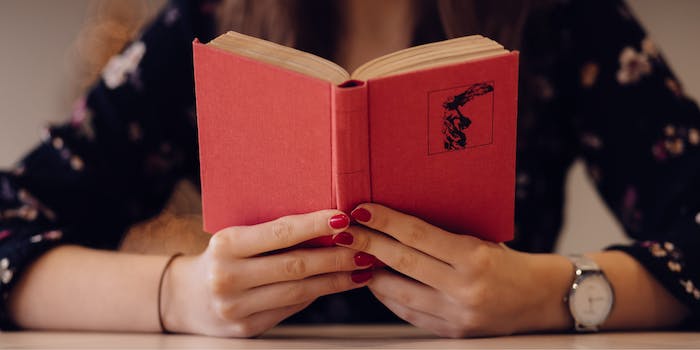 #WhyIWrite shows us why we need women writers—especially right now

Oct. 20 is National Day on Writing, dedicated to every genre and form, from journalism to self-help to science-fiction. Once a year, the hashtag #WhyIWrite lets writers around the world open up about their inspiration for becoming storytellers. And on Friday, women are using the hashtag to empower each other to share their stories.

For many women posting in the tag, being a writer comes down to creating female characters with complex personalities. It’s not enough to have women serve passive roles in a story or to let men depict women’s lives. Women writers have to step in and use their voices to accurately portray what life is like for them.

To create strong, complex female characters b/c: "It is not in the stars to hold our destiny but in ourselves." Shakespeare. #WhyIWrite pic.twitter.com/ZsT0DtX5PG

#WhyIWrite Because stories told in our #ownvoices are important. They matter.

Other women on #WhyIWrite said they use writing to envision a world where women and other marginalized people have the rights and freedoms they deserve. Especially for speculative fiction writers, storytelling becomes an opportunity to escape the present and think about a better future.

I envision a world where everyone
✨safe
✨free to be
✨accepted as they are
✨has a home and food
✨has civil rights
✨has joy pic.twitter.com/SA3GSOcD6g

Meanwhile, other women joke that it’s fine for women to talk about themselves and to use that for good. After all, gonzo journalism, investigative reporting, and personal essay writing exist for a reason.

#WhyIWrite I'm a narcissist with no other marketable skills

Because the world needs women storytellers.

As a budding female writer studying English in college, my first exposure to female authors largely came from the literature courses that I took for my degree. I read essays, non-fiction books, and stories from women of all walks of life: from queer women writing about being in and out of the closet to Black women shedding light onto systematic racism’s sinister roots in American life.

Reading Sylvia Plath’s The Bell Jar in college connected with me in unspeakable ways, and a part of me swoons every time someone mentions Jane Austen’s Emma or Virginia Woolf’s Mrs Dalloway. Not to mention, contemporary female writers’ works like Jennifer Egan’s A Visit from the Goon Squad and Allison Bechdel’s Fun Home turned me on to new ways of thinking about women in literature, exploring how dynamic, complicated, and tortured men ultimately impact the way women live their lives.

And now, especially in the wake of #MeToo, I am thinking a lot of Lauria Halse Anderson’s young adult novel Speak. It is a book fundamentally changed how I thought about sexual assault.

For the unfamiliar, Speak follows Melinda Sordino, a high school freshman who is sexually assaulted by a senior at a summer party. Melinda, refusing to believe she was raped, resigns herself to muteness as she tackles her worsening depression. Eventually, she gains the strength to come out about her assault, thanks in part to the friendships she builds during her first year at high school.

Speak not just made me understand the trauma of rape, but it validated my own depression during my high school years. A male writer could not accomplish what Anderson did for women when she wrote Speak. She gave a voice to every teenage girl who has experienced sexual harassment and assault, and she taught other women to have empathy for their fellow survivors. Men and women alike could learn from Anderson’s novel.

Why do I write? When we share our stories, others do the same & we are no longer alone #MeToo #WhyIWrite https://t.co/h2ULUDY24V

#WhyIWrite to make sense of this world to those who also struggle, to give hope, encouragement and to share you are not alone #MeToo

#MeToo has reminded women that we can build solidarity with one another by sharing our stories and validating each others’ experiences. Whether it’s Bechdel talking about her queer coming-of-age, or Anderson exploring sexual assault’s traumatic impact on young women, women writers give voice to, yes, women. And in a world that largely discounts our experiences, or remains silent when we try to share our stories, that’s important.