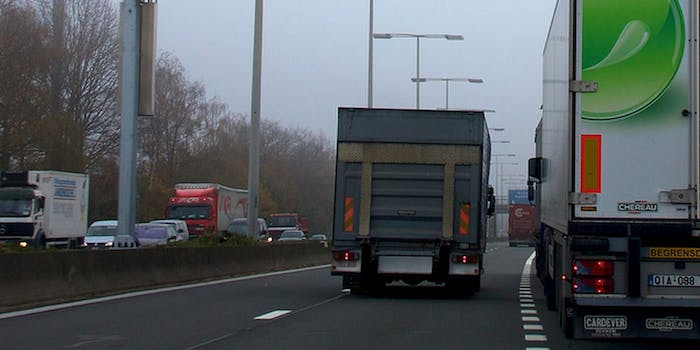 Luck is a fickle thing indeed.

Can you believe there was ever a time when we had to drive past the wreckage of a recent car accident to rubberneck at it? I almost wish I could go back ten years and tell everyone the good news about dash cams, which bring the horror of high-speed collisions straight to you.

Anyway, here’s a hair-raising highway wreck video from Belgium, where motorist Jasmien Claeys swung her Ford across several lanes of traffic in a last-minute attempt to catch an exit. Instead, she slammed into a stopped truck and got pulverized by a second, oncoming truck.

Photo by Thomas Vlerick/Flickr (CC BY 2.0)