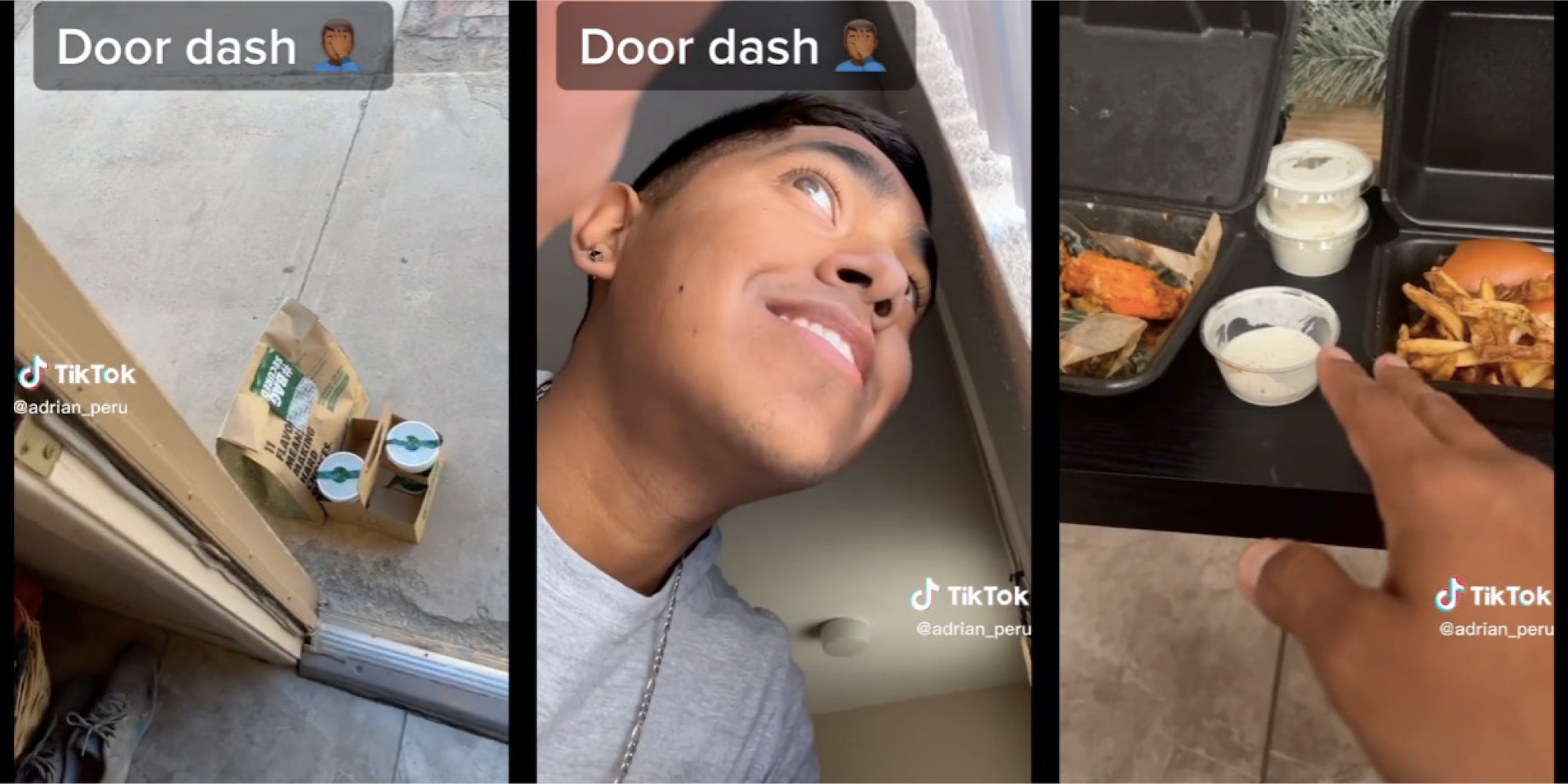 ‘Next time get some more ranch’: DoorDash delivers Wingstop to wrong customer—who eats it anyway

'The amount of time my Wingstop has been sent to someone else’s house is crazy.'

A man went viral on TikTok after eating another person’s DoorDash order that was accidentally delivered to his apartment.

In the video, user Adrian (@adrian_peru_) opens his front door to find an order from Wingstop.

“I didn’t even order anything,” Adrian says, as he grabs the large bag and two drinks on his doorstep. “I know it’s fresh ’cause it still has ice in there.”

He then says one of his neighbors is standing outside his apartment.

“I don’t know if they’re waiting on food or if they’re just standing out there,” he says.

However, Adrian decided to eat the order, as he shows the open box of wings in the next clip.

“My fucking neighbor’s still standing out there,” he says. “He’s probably waiting for a ride though from his friends because he doesn’t have a car.”

The TikToker is then interrupted as he hears a knock on his door.

The video has amassed over 21 million views on the platform, where viewers suggested Adrian’s neighbor was waiting on a DoorDash order.

“Or he’s waiting on his door dash, because he doesn’t have a car,” one viewer said.

“it’s yooo neighbor wanting that wingstop back,” another echoed.

“It’s funny how he’s coming up for excuses for his neighbor,” a third wrote.

Some claimed that if a DoorDash order is delivered to the wrong address, Dashers are unable to take the order back and return it to the correct customer.

“They would have told you to keep it anyway. Once it’s delivered to someone they can’t pick it up again anyway,” one stated.

“When Uber or DD left McDonald’s at my door that wasn’t mine I called the store and they told me to keep it since they can’t take it back Free lunch,” a second added.

“Door dash will give them a new order or a refund,” a third shared.

In a follow-up video, Adrian claims that the DoorDash driver showed up at his apartment 30 minutes after it was delivered. He says the Dasher asked if he had received the order, but he lied in response.

The TikToker claims someone later left a note in his door, though he wasn’t sure whether or not it was left by the DoorDash driver or his neighbor.

“Whoever it is, DoorDash, my neighbor, I appreciate the wing,” Adrian concludes. “Next time, get some more ranch.”

The Daily Dot reached out to Adrian via TikTok comment and DoorDash via email.