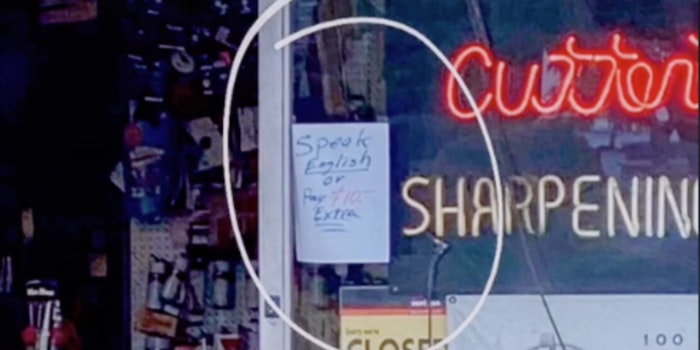 A small New Jersey business is facing backlash after its “Speak English or Pay $10 Extra” sign went viral on TikTok and Twitter.