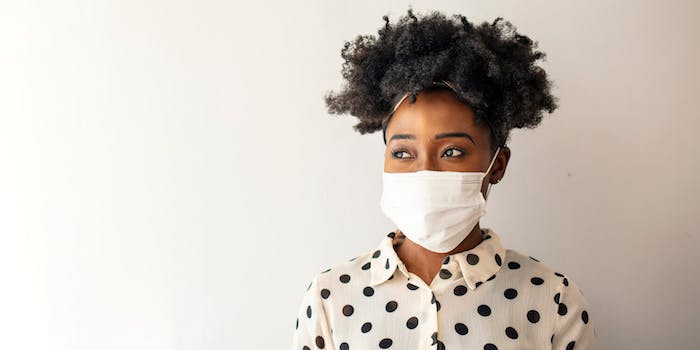 Now we must save ourselves.

During times of political and social duress, the Black community has always taken care of itself. But the coronavirus pandemic and the resulting economic fallout are only the beginnings of a collapse of the order. Even in the chaos and the calls for a return to “normal,” we must recognize that this country’s base mode of operation fails to address the structural needs of the Black Americans.

This reality is why Black communities must define medical obstacles without relying on institutions entrenched in systemic racism and address their needs through grassroots activism.

Across other states, statistics show an alarmingly similar reality for Black Americans. In Illinois, Black people make up 14% of the state’s population but account for 29% of the confirmed COVID-19 cases and 42% of the state’s deaths. In North Carolina, Black people make up 37% of the confirmed COVD-19 cases and 22% of COVID-19 related deaths while only being 22% of the overall population. 47% of Michigan’s coronavirus cases come from Wayne County and Detroit, which have 38% and 78% black populations respectively.

“If anything, we’re seeing that COVID-19 is illuminating what has already been there in terms of health disparities,” Dr. Jameta Barlow, the communications lead for the Council on Black Health, told Daily Dot. To Barlow, structural racism and medical exploitation are root causes of why the Black community is experiencing COVID-19 in different ways.

“It’s this idea that for some communities, there isn’t a culture of health,” Barlow explained. “We can’t blame the communities for the ways that the systems are set up. … We can’t dismiss that people don’t trust what is being fed to them by their government.”

Of medical research, Washington notes in her book, “Researchers who exploit African-Americans were the norm for much of our nation’s history, when Black patients were commonly regarded as fit subjects for nonconsensual, nontherapeutic research.”

Even today, the lack of conscious research narrows how much the public can understand the impact of the coronavirus on the Black community. Last week, the Center for Disease Control released its first data on the consequences of the virus for racial demographics even though the U.S. government has known about COVID-19 since January. The data states that 33% of COVID-19 patients who are sick enough to be hospitalized are African-American.

Despite the government’s negligence of racial data around the virus, there are other ways to map how the virus is affecting Black communities. African-Americans are statistically far less likely than other races to be able to work from home, leading many to choose between a paycheck and potentially contracting COVID-19. Barlow also noted that many Africans-Americans “are front-liners” in their fields of work during a national shortage of personal protective equipment.

A 2017 Department of Health and Human Services study found that despite being only 11.6% of the U.S. workforce, African-Americans were disproportionately employed in healthcare jobs including social work, counseling, nursing, psychiatric care, and home healthcare. African-Americans are also more likely to live in highly populated urban areas, which means their only reliable form of transportation is public transit. In New York City, where 61% of transit workers are Black or Hispanic, 41 Metropolitan Transportation Authority workers have died from COVID-19.

Pre-existing conditions and a higher risk of exposure to the virus while working is also exacerbated by a lack of proper testing for medically vulnerable communities. African-Americans, particularly women, are more susceptible to cardiometabolic syndrome, which according to Barlow, can make COVID-19 contraction more severe. But without more in-depth racial data on who is being tested, economic bias in the medical world will likely lead to disproportionate access to testing kits for Black communities.

These disparities and biases have led to confusing times and political clarity. Political groups, activists, and organizations are taking action. A Black Lives Matter press release announced a petition demanding that the government gather racial data on COVID-19 and the Black community. The Council on Black Health provided updates to its members on how the virus can affect Black communities.

Organizations like #FreeThemAll614 and the New York Campaign For Alternatives to Isolated Confinement are pushing for action in their local communities about the treatment of incarcerated people, who are disproportionately Black, brown, or poor. Demands range from ending solitary confinement during incarceration, halting the jailing of new individuals, dropping fines or fees, or releasing those who are imprisoned altogether.

In order for African-Americans to face our current reality within the pandemic, we must also confront the assault on our communities within a “normal America,” or an America with a history of making Black people invisible and expendable. We must go beyond the institutions deemed to be our protectors and instead trust the work of grassroots activists, groups, and campaigns that push for medical autonomy for Black people—pandemic or not.