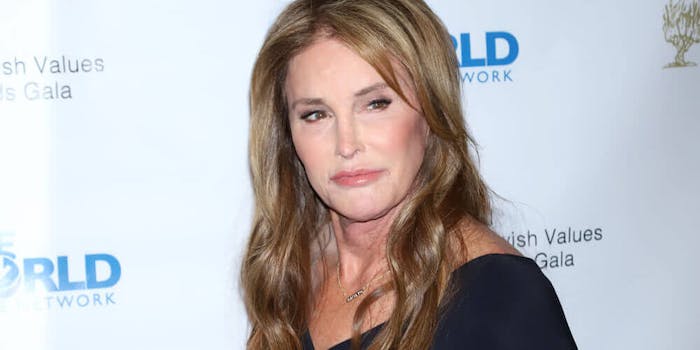 Comedy Central aired its Roast of Alec Baldwin on Sunday. At least, that’s what we’re supposed to believe from the title card. One celebrity guest seemed to take much of the heat off of Baldwin with her appearance: Caitlyn Jenner, due to her family, support of President Donald Trump, and gender identity had a large target on her back.

Jenner was later deadnamed on social media by detractors.

Jenner became an easy target for transphobic jokes during the roast, to put it lightly. Comedian Adam Carolla, in particular, didn’t hold back when he deadnamed and misgendered Jenner all in the same sentence.

“Here’s how fucked up Hollywood is. Bruce Jenner announces he’s transitioning and everybody applauds it, but when they find out he’s a Republican, they’re outraged. Cut your dick off? Hero. Cut taxes? Hitler,” Carolla quipped.

One Twitter user pointed out that Jenner’s appearance opened the door for rampant transphobia.

“The roast itself was even nastier than expected. It felt like Caitlyn Jenner was invited solely for the purpose of transphobic jokes. Only SNL’s Chris Redd used the platform for genuine criticism,” Twitter user @mexicanpony wrote.

The criticism that @mexicanpony wrote of was regarding Jenner’s known conservative beliefs and past support of Trump. Many members of the LGBTQ community have pointed out that she’s supported a president who has proposed rollbacks for transgender protections, and comedian Chris Redd was quick to point this out.

“You goddamn hypocrite. You’re against gay marriage, you voted for Trump. You’re like the Auntie Tom of the trans community,” Redd said.

Despite taking most of the heat during the roast, Jenner was able to handle her own. While the spotlight was on her, she even took a moment to address the trans community at large with an encouraging message.

“I want other members of the trans community to know that if I’m strong enough to sit up here and be ridiculed all night that you can handle anything,” Jenner said.