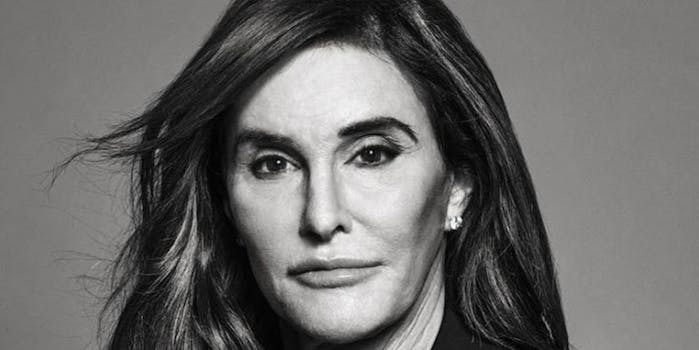 The Republican would be one of the few celebrities to attend.

President-elect Donald Trump has famously been unable to book any star-power to perform at his inauguration. At press time, a Bruce Springsteen cover band is as rock and roll as it’s going to get.

As celebrities decry Trump, his cabinet, rhetoric, and policies, it’s also been hard to find big names to attend the event, except one: Caitlyn Jenner.

Us Weekly reports that Jenner, a longtime Republican, has accepted Trump’s invitation to the inauguration. However, her people told LGBTQ Nation, “I’m unaware, at the moment, of any details relating to this,” adding that they wouldn’t comment on whether the Olympic-athlete-turned-reality-star would work with Trump’s administration.

During the election, Jenner spoke out against Democratic presidential nominee Hillary Clinton on her show, I Am Cait, calling her a “fucking liar.” She also said that even though she didn’t like Trump’s macho attitude, “I think he would be very good for women’s issues.”

For his part, Trump has either denied or gone on the defensive about celebrities’ numerous snubs, tweeting back in December that, regardless of all reports otherwise, most of Hollywood was scrambling for tickets.

It’s a good thing he wants the regular folks (meaning rich white people) there, because that’s likely all who’s going to show up.