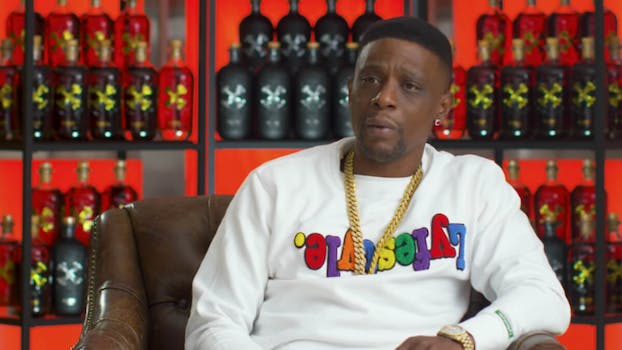 Boosie Badazz doubles down on transphobic remarks about Zaya Wade

Maybe he should put the phone down.

Boosie Badazz apparently didn’t learn from his first transphobic rant that got him kicked out of Planet Fitness. The rapper went on Instagram Live again and continued to spew hateful comments toward Zaya Wade, the daughter of NBA star Dwyane Wade and actress Gabrielle Union.

In his first controversial video, which he filmed in Planet Fitness, Badazz blatantly misgendered Zaya.

After hearing these comments, Badazz was asked to leave Planet Fitness, which takes pride in being a “judgement-free zone.” He claimed that the gym was “racist” and full of “haters.”

On Monday, the father of eight defended his remarks via Instagram Live.

“We already can’t whoop em—we go to jail,” he added. “Everything they come with and say they wanna do we gonna let them do it? ‘Daddy, I want to make bombs.’ You gonna give them the fucking method? What’s parenting gonna be? In ten years the children gonna be the parents.”

Badazz is not the only one who has made transphobic comments toward the Wade family and their daughter, Zaya. Rapper Young Thug and Empire actress Serayah McNeill are just some of the critics who had something negative to say about how Dwyane Wade and Gabrielle Union are choosing to parent their daughter.