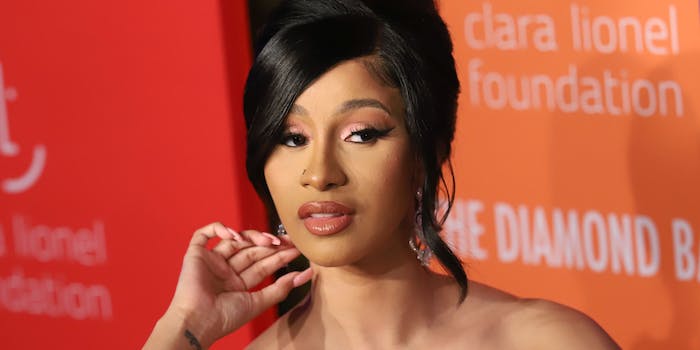 She offered some understanding words.

In an impassioned Instagram Live session, rapper/actress Cardi B came to the defense of recently retired NBA superstar Dwyane Wade’s 12-year-old daughter, Zaya, who recently came out as trans.

She explains further that no one, including Zaya, is “too young” to understand their gender.

“People are saying that this kid is too young to transition, but it’s like…if you were born thinking that you are a girl in a boy’s body, how old do you have to be to keep knowing that that’s who you are?” she said.

Wade, the NBA champion and former All-Star, revealed that he and his wife, Gabrielle Union, fully support Zaya’s transition.

“When Zaya came out to us, I had to get educated on every scenario and every situation, and I’m still being educated,” Wade admitted. “My child comes home and says, ‘Hey dad, I feel that I am a she.’ My job is to help you become who you are, but I’m not trying to change who you are. I see you how you see you, I stand for you. That’s a conversation I had to have with my daughter.”