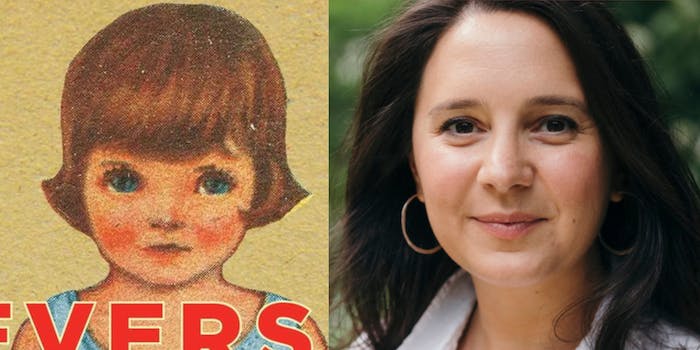 Abigail Shrier’s Irreversible Damage: The Transgender Craze Seducing Our Daughters argues Americans are increasingly coming out as transgender due to a “trans epidemic.” The book, which focuses specifically on trans people assigned female at birth, implies Americans that “had never experienced any discomfort in their biological sex” are being brainwashed into gender transitioning. The book’s transphobia is obvious; the Orion’s Erin Holve criticizes Shrier’s work for its “anti-trans stench that [assaults] your senses like a tomcat’s piss.”

Target announced on Thursday that it would pull Irreversible Damage after a Twitter user brought the book’s transphobic subject matter to the store’s attention. Shrier, in response, quote tweeted Target and claimed the storefront “made [her] book disappear.”

“Does it bother anyone that Woke activists and spineless corporations now determine what Americans are allowed to read?” Shrier tweeted.

She did not clarify that her book is still available across numerous retailers across the U.S., including Amazon and Barnes & Noble. Weiss joined in the outrage, claiming similar cries of censorship.

“The efforts to smear my friend @AbigailShrier and to disappear her book (hi, @Target) is despicable—and a sign of what’s to come,” Weiss tweeted, sharing a link to a transphobic article Shrier published on Quilette. “I regret that I didn’t speak up earlier on her behalf, that I also thought to myself: is this the hill I want to die on?”

In a 2018 Medium post, trans feminist academic Julia Serano unpacks the transphobic roots of ROGD and warns that it placates “cissexist” anxieties while giving cover for transphobic political suppression by the far-right.

“While ROGD is scientifically specious, the concept serves a very clear practical purpose. It provides reluctant parents with an excuse to disbelieve and disaffirm their child’s gender identity, under the presumption that it is merely a by-product of ROGD,” Serano writes. “It also provides a rationale for restricting their child’s interactions with transgender peers and access to trans-related information, as such things are the imagined cause of the condition.”

Matt Lubchansky, associate editor of the Nib, has long criticized mainstream pundits’ obsession with cancel culture and trans people. When reached for comment, Lubchansky criticized Weiss for her hypocrisy, calling her “a clown with a victim complex.” They believe Weiss is well aware that “‘free speech’ is not the same as ‘mandatorily having your book sold in every store on Earth.'”

“Accusing a store of ‘disappearing’ her friend’s book is a pretty serious accusation—I’m sure she wouldn’t have the same concerns if it were, say, a book about Palestinians being human beings—but she makes it sound so reasonable?” Lubchansky told the Daily Dot. “I wasn’t familiar with Abigail Shrier specifically and I was trying to take a second to see what the fuss was about and actually burst out laughing when I saw the title of the book Bari was defending so Honorably.”

Weiss, known for her conservative writing, previously resigned from the New York Times over claims that the publication’s left-leaning members “made [her] the subject of constant bullying by colleagues who disagree with my views,” as she wrote in her resignation letter. Lubchansky pointed to similarities between the letter and Weiss’ tweet, arguing she “recently pretended to be fired in a ploy to improve her standing with the sort of free speech commandos who DON’T seem to know any better” between censorship and a store pulling a controversial book.

Then again, Weiss’ censorship concerns would be best directed at helping trans readers, not transphobes. As Vox’s Katelyn Burns tweeted, “6 of the top 10 most challenged library books in the U.S. last year featured a trans kid main character.”

The Daily Dot reached out to Weiss and Shrier for comment.

Update 5:49pm CT, Nov. 13: In a statement to the Daily Dot on Friday, a Target spokesperson confirmed that Irreversible Damage would be added back to its website.

“Yesterday, we removed a book from Target.com based on feedback we received. We want to offer a broad assortment for our guests and are adding this book back to Target.com,” the spokesperson said. “We apologize for any confusion.”

Update 5:14pm CT, Nov. 13: Marlo Safi, a writer for right-wing site Daily Caller, tweeted on Friday that a Target spokesperson said the store was adding Shrier’s book back to its website.