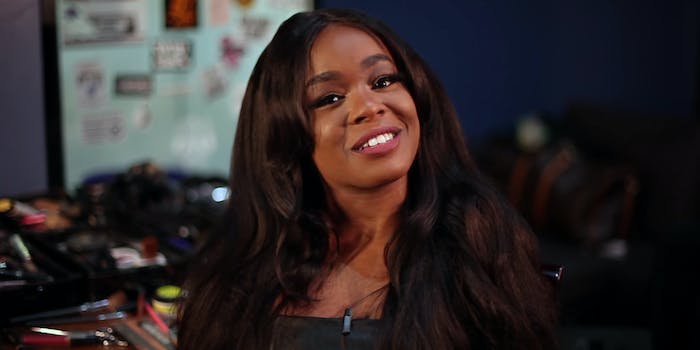 Fans are sending her love and support.

In a shocking series of Instagram Stories, Azealia Banks told fans she “will end [her] tenure here on earth soon.”

Banks told followers she would document her “last times” and release a film so her followers could finally “understand” her.

Many were extremely upset to hear Banks wanted to end her life and encouraged others to send love and support during these times.

“You’re not better than her and neither am I,” one Twitter user wrote. “Have compassion without qualifiers.”

Banks is a controversial celebrity, to say the least. She has previously made homophobic, racist, and other offensive remarks online, which contributes to the lack of support she receives for her mental health.

Many compared Banks to Kanye West, as they both struggle with mental illness and have made offensive, outrageous remarks. But they also questioned why only West was seemingly granted forgiveness for his outbursts.

“Only one of them is afforded empathy for their erratic behavior,” one Twitter user said. “I don’t agree with a lot of the sh*t she says but that’s the epitome of blatant misogynoir.”

“No one ever negates what Azealia has said or done, but that doesn’t mean that she is undeserving of a support system of sympathy from others,” another said.

Banks has been outspoken about her mental health in the past and how misunderstood she feels by the public. Many see her situation as a representation of the lack of support for mental health Black women receive in general.

“Please take black women’s mental health seriously,” one Twitter user wrote. “Azealia has been expressing immense grief over the years and you guys take it as jokes ENOUGH IS ENOUGH.”

Banks posted multiple black screens on her Instagram Story after her original slides and has not posted since.