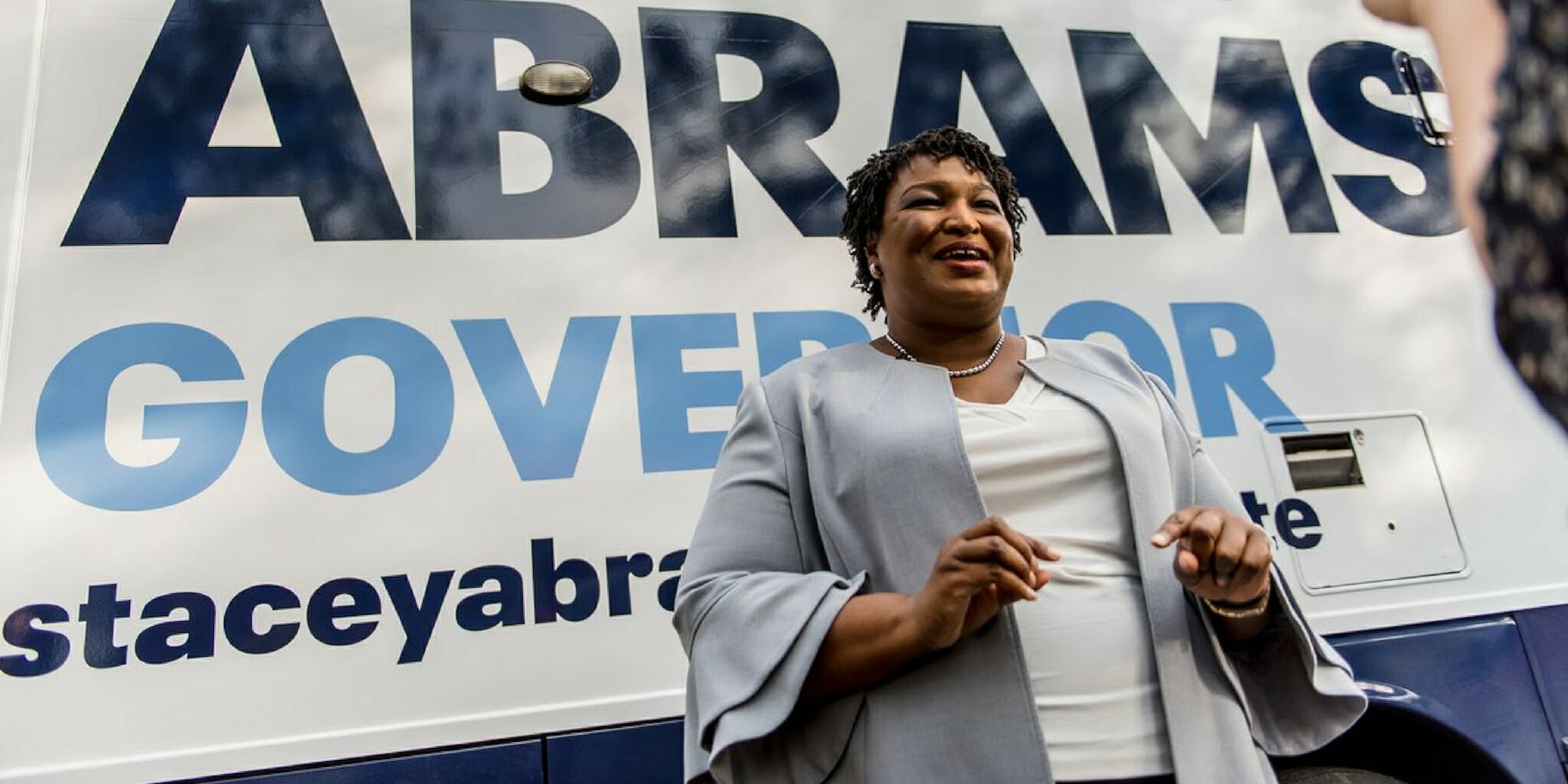 Structural white supremacy is in trouble.

In thinking about the midterm elections, it’s difficult for me, and many people I’m sure, not to think about the 2016 presidential election. Working in midtown Manhattan at a national publication at the time, the office began to delve into chaos as an editor corralled the staff into creating coverage for a result they hadn’t expected.

There are many things I learned that evening—how to do my job while the country’s shared standard of “political decorum” crumbled around me, how long I can fend off the urge to stress-eat dozens of preciously packed mini cupcakes. But most vividly, I learned to check my excitement for political candidates who offer long-shot solutions. I had to remember that this country, beyond being a nation of dreamers and hopers and believers, is steeped in centuries of racial and gender inequity. What was supposed to be the dying gasp of the patriarchy was instead the sound of knuckles cracking for another round.

Waking up yesterday morning, I felt significantly less dread than I did waking up on Nov. 8, 2016.

As far as the races in my home state, I told myself Beto O’Rourke genuinely hadn’t had a chance, and yet I felt sick in my gut that he failed to oust Sen. Ted Cruz. I knew Lupe Valdez, the Dallas sheriff and Latina lesbian senior citizen whose history with ICE and Gov. Greg Abbott had Texans turning their backs on both sides, had selflessly campaigned in a race that couldn’t be won.

I had been more hopeful about MJ Hegar and Gina Ortiz Jones, both military veterans running against male incumbents for state House seats. I thought perhaps Hegar, who campaigned for my own congressional district, and Ortiz Jones, who is openly gay and, much like my mother and extended family, Filipino-American, might be able to appeal to Texans who found themselves lost between President Donald Trump’s brand of “nationalist” Republicanism and their own generations-long love for the state.

And that was just my disappointment hidden under my thinning rationality for Texas. I can commiserate, but I can’t pretend to know how the constituents invested in the gubernatorial campaigns of Georgia’s Stacey Abrams and Florida’s Andrew Gillum feel. Tuesday night’s results seemed to justify the contempt that Americans living outside these states later expressed toward voters, particularly amid disappointing congressional retentions such as Rep. Steve King in Iowa and his sexist, racist, anti-immigrant rhetoric. Exit polls after exit polls showed white people telling on themselves: They feared losing their status.

In the primaries and beyond, the South had rejected a swath of candidates who’d campaigned on a genuine care for the people they would have governed, a majority of them women and people of color. In Georgia, under Abrams’ opponent, Secretary of State Brian Kemp, the state had gone so far to disenfranchise minority communities by purging more than 10.6 percent of voters—1.5 million people—from 2016 to 2018; some voting precincts had voters waiting four hours on Tuesday and using paper ballots in place of broken or dead polling machines.

Across Arizona, Florida, and Texas, voters too faced “particularly problematic” conditions, making voting difficult for people who didn’t have the luxury of taking time off of work or other obligations to go vote. The anticipated blue-wave-backed death rattle of white supremacy in the South transformed into a reminder that the institution of white power won’t be undone so easily.

There are indications, however, that the work of marginalized communities won’t be silenced. There is the fact the white patriarchy needs to sink to voter-suppression desperation to win elections. Then there are the many women, particularly women of color, across the country who have become the first person of their race, of their orientation, or their religion, to be elected to their position, with congressional women setting a new record for the total number of women elected. And there is hope in Texas, where several less-than-popular incumbents have been unseated, and Democratic candidates who lost had trailed their challengers closer than in previous elections. Progressive politicians are making strides. Slow, intentional efforts, that can feel almost fruitless to the people who aren’t from the communities affected by these Democrats’ losses, but real strides nonetheless.

Perhaps many of us didn’t learn from our mistaken assumptions from 2016, or perhaps we put all our bets on these candidates knowing full well we could be disappointed once again. But the ways in which systems have reacted to the successes of O’Rouke, Gillum, and Abrams shows that, at the very least, white supremacists of the South know they have a reason to be afraid of what’s to come. Even if, after the recounts come in, Abrams is still trailing Kemp, Southern communities might not support a man like Kemp in 202o or 2022. The scars of racism and oppression will not have faded by then. We are slowly becoming unable to overlook them.