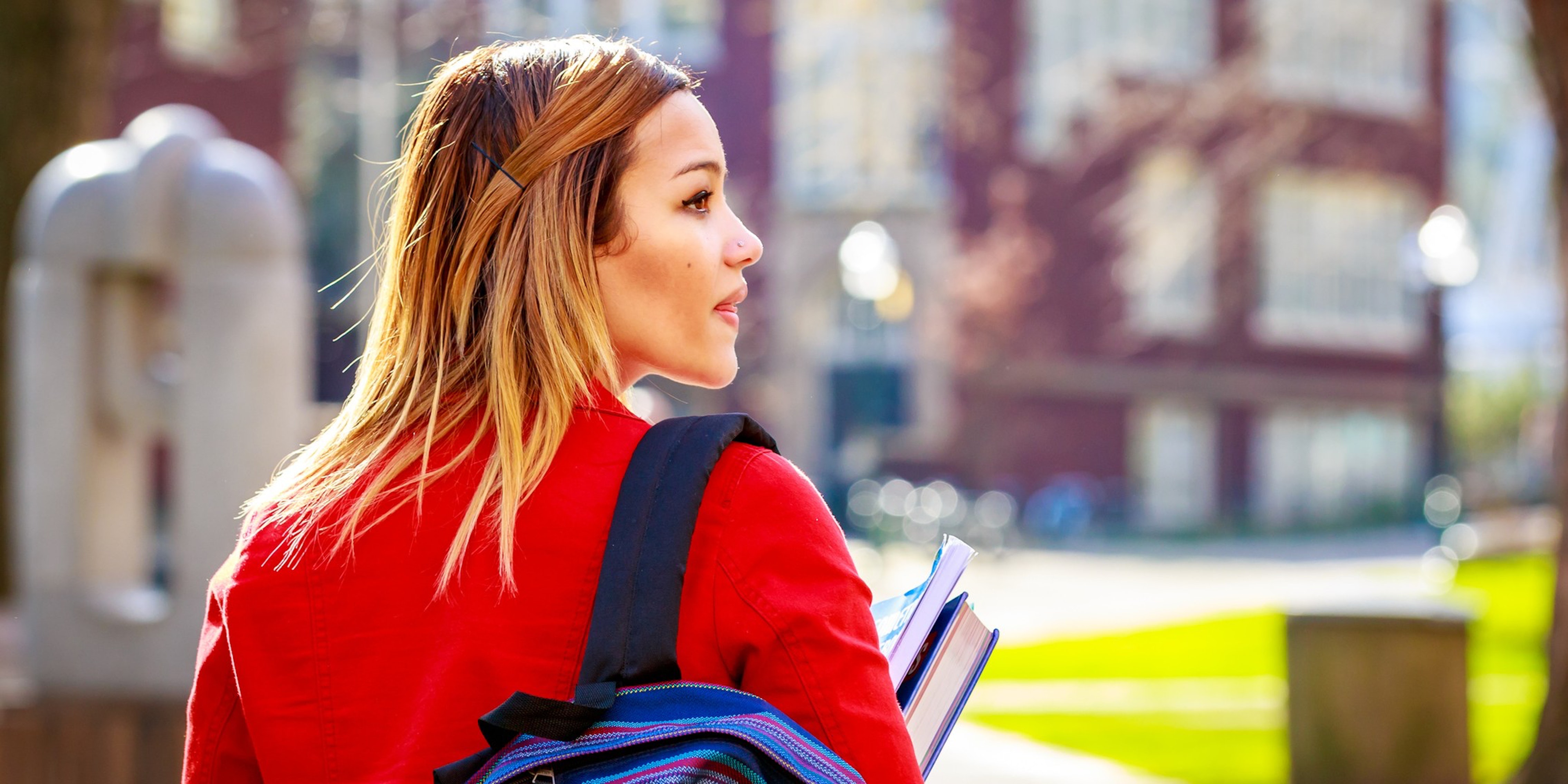 Some kids just want to watch the world MAGA.

Donald Trump is not particularly popular with millennials. Some polls have shown, among American voters under the age of 30, the former reality TV star in fourth place—behind not just Democratic nominee Hillary Clinton, but also Libertarian Gary Johnson and Green party candidate Dr. Jill Stein.

Even so, Trump does have his band of millennial followers. How do they differ from the overwhelming majority of their generational cohort who would rather vote for anyone other than the controversial nominee?

The Daily Dot partnered with Yik Yak, an anonymous, location-based social network, to survey the Trump supporters on the app’s overwhelmingly millennial user base to see how they differed from the platform’s users as a whole—particularly on issues relating to sexual assault.

Last month, the Trump campaign was rocked by the release of an 11-year-old Access Hollywood tape in which Trump brags about how his wealth and fame allowed him to sexually assault women with impunity. In the weeks that followed, a bevy of women came forward with allegations of Trump doing precisely what he so casually talked about on the tape.

Yik Yak asked a series of questions to a subset of 10,000 self-identified Trump supporters on its app. According to a comScore report, Yik Yak’s audience is 99 percent millennials—a demographic cohort defined as between the ages of 18 and 34. A Yik Yak representative noted that, while the company doesn’t collect aggregate user demographics, its audience skews heavily toward college-age users in their late teens and early 20s.

Trump supporters are also significantly less likely to say they know someone who has been sexually assaulted (43 percent to 66 percent).

Yik Yak’s Trump supporters are also considerably more likely to say they consider themselves to be religious, with a full 66 percent identifying as religious compared to 43 percent of all respondents. 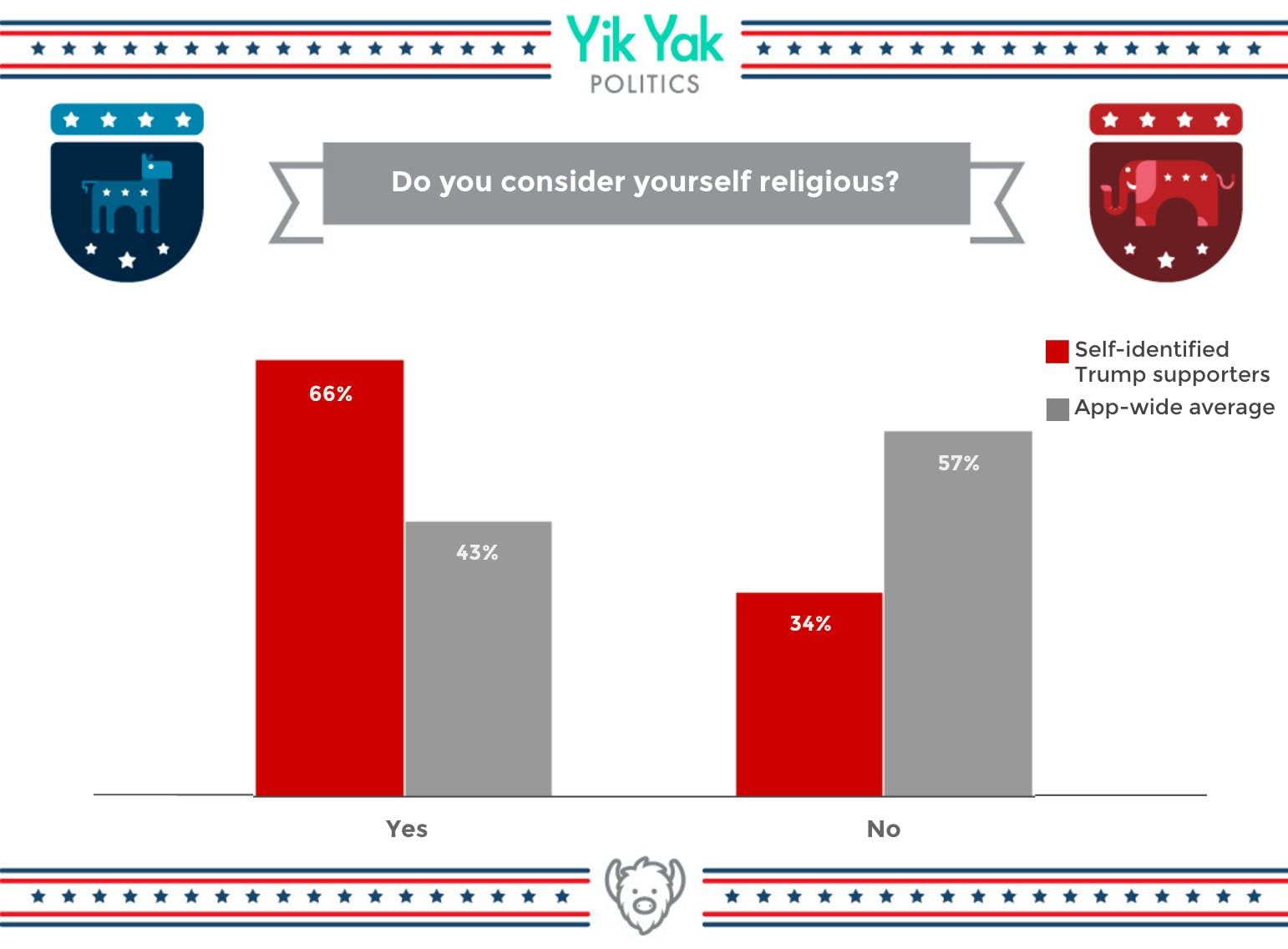 While religious Americans have, for generations, trended toward the GOP, there’s been a major shift in attitudes among white evangelicals in recent years about how an elected official’s private conduct affects their public life.

A recent survey by the research firm PRRI found that white evangelicals in 2011 went from being the religious group least likely to believe “an elected official who commits an immoral act in their personal life can still behave ethically and fulfill their duties in their public and professional life” to the religious group most likely to accept a politician’s private moral failings today.

Trump supporters on Yik Yak were also more likely to have backed the same candidate in the general election as they did in the primary than Yik Yak’s user base as a whole. 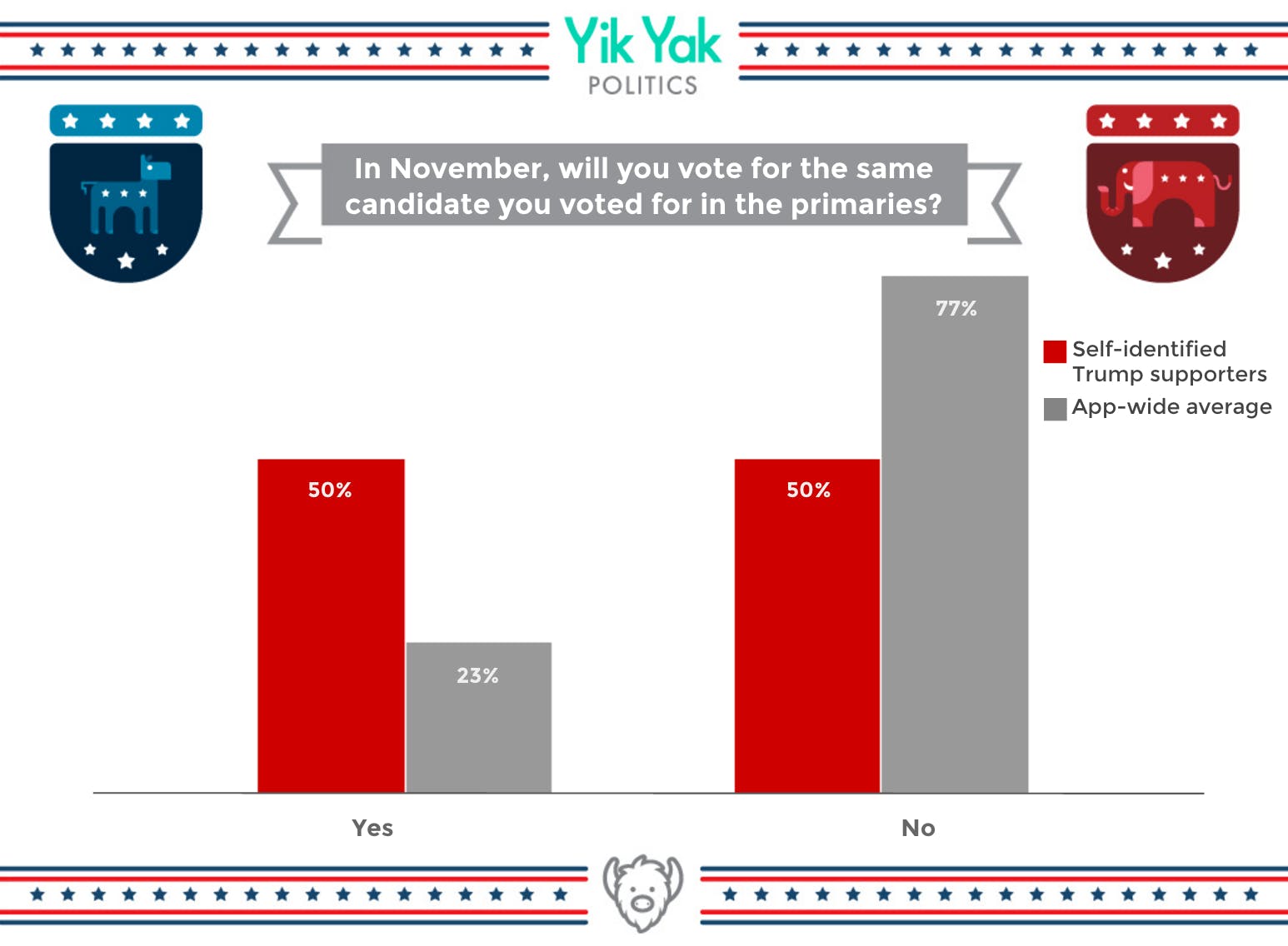 This finding makes a lot of sense because young voters, who tend to lean Democratic, largely supported Vermont Sen. Bernie Sanders in his primary challenge against Clinton. While the former secretary of state has failed to convince every Sanders supporter, 55 percent overall said they plan to vote for Clinton at the beginning of October, and the most recent poll found that 62 percent of millennial voters remain in Clinton’s camp.