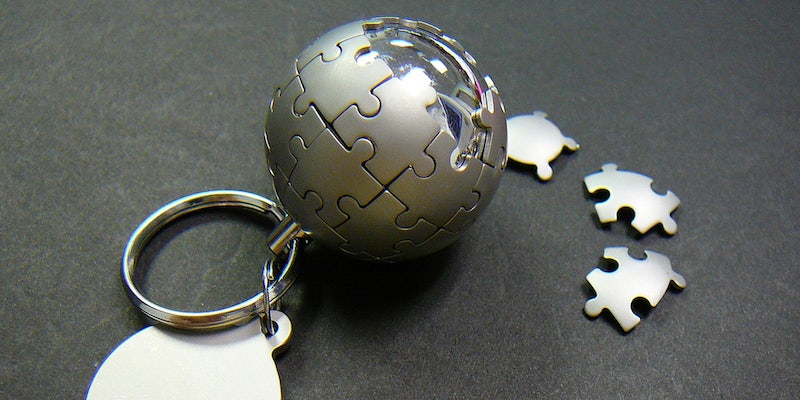 Non-profit donors are used to getting perks for their support. NPR benefactors have their tote bags and PBS is know to give out tchotchkes in exchange for the support of “viewers like you.”

But it turns out some of those who donate to the Wikimedia Foundation—the nonprofit which backs online encyclopedia Wikipedia—may expect a lot more in return.

This week, the Wikipedia criticism site Wikipediocracy began publishing a new series of reports in which it accuses a number of prominent Wikimedia donors of editing entries related to themselves. It’s a major violation of the online encyclopedia’s ethics to edit entries about one’s self. Whether they’ve donated money or not, editors are expressly forbidden from creating or editing articles in which they have a vested personal interest. But the Wikimedia Foundation says there are no extra steps in place to keep donors from breaking this rule.

In a study of 144 donors who gave $5,000 or more, Wikipediocracy’s Gregory Kohs, an avowed critic of the foundation and Wikipedia cofounder Jimmy Wales, has begun publishing revealing details about organizations and individuals he says have either edited entries about themselves or paid professionals to do the same.

Among the accused is Josh Dillon, co-creator of Cards Against Humanity, which donated $70,000 to the foundation back in 2012. Wikipediocracy ties an editor named Jsdillon to Dillon. Prior to the game company’s donation, Jsdillon created the Wikipedia entry for Cards Against Humanity, though it was promptly deleted as “unambiguous advertising or promotion.” The game was once again added to the encyclopedia by an independent user some months later and Jsdillon returned and began focusing about 80 percent of his edits on the game’s entry.

Kohs also shot accusations at the John Templeton Foundation and its titular leader—tracing positive edits to IP addresses connected to Templton.org. There’s also the Qatar Foundation, which has donated more than $100,000 in support of Wikipedia. The page for the Qatar Foundation was allegedly edit by a PR associate of the foundation, for which Wikipediocracy presents strong, if circumstantial evidence.

No one associated with Wikipedia denies that paid-editing or advocacy-editing occurs on the site. As one of the most visited websites in the world and a frequent topper of Google search results, it’s become a valuable PR tool for celebrities, politicians, corporations and other groups and individuals. But to ensure the integrity of the site’s information, Wikipedians have long prohibited people from making edits about themselves. There is an obvious implication of bias in doing so. Those seeking to correct or add information are encouraged to raise the issue behind the scenes on talk pages and have objective, third-parties make the changes.

The rule is taken so seriously that when a member of the Wikimedia Foundation, Sarah Stierch, was caught offering her services as a Wikipedia editor to paying clients earlier this year, her employment with the foundation swiftly came to an end. Though Kohs acknowledges paid-editing will happen, he argues that the foundation should send a serious message by forfeiting proceeds from donors caught engaging in advocacy-editing.

“Indeed, this could really be a watershed moment for the Wikimedia Foundation to take a principled stand, and it could even inspire disproportionate new donations from small donors who would commend such a principled, high-ground posture,” Kohs told the Daily Dot.

It may be a high-minded stance, but Jay Walsh, a spokesman for the Wikimedia Foundation, says it’s impractical.

When asked by the Daily Dot, Walsh did not address or refute any of the specific cases raised by Wikipediocracy. Bad-faith editing is an unfortunate inevitability on an open-source website like Wikipedia, but Walsh said there are no special rules or consequences for donors who violate the Terms of Use. Walsh said the Foundation tries to make rules clear to all new editors.