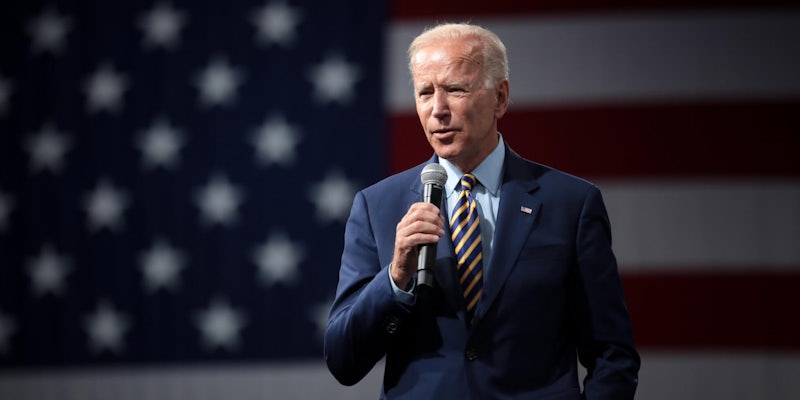 Over the past week, evidence has mounted that corroborates the allegation that former Vice President Joe Biden sexually assaulted a former staffer, Tara Reade, in the early 1990s.

An old video of Reade’s mother calling Larry King Live about the matter surfaced and a recent investigation by Business Insider revealed that Reade told the story to a neighbor after it happened as well.

This morning, the Washington Post covered the latest news around Biden, although you wouldn’t know exactly what it was talking about with the wording it used on Twitter.

“Developments in allegations against Biden amplify efforts to question his behavior,” the tweet read, which makes you kind of say “Zuhhh?”

The Post‘s wonky and wordy headline sparked a mix of befuddlement and pushback online this morning.

The headline on the site similarly obfuscates Biden’s role in the matter, reading: “Trump allies highlight new claims regarding allegations against Biden.”

But that’s becoming par for the course. The two leading newspapers in the country, the Washington Post and the New York Times, have faced criticism for how they have handled Reade’s story. Although they both dedicated reporters to cover it, both lagged well behind other publishers in reporting the story.

And the defenses of their behavior have been equally mystifying.

In an interview with his own media reporter, New York Times Executive Editor Dean Baquet seemed to admit they deleted some language at the behest of the Biden campaign, and that the accusation wasn’t as important as the stories against Supreme Court nominee Brett Kavanaugh because Kavanaugh was “in the public eye.”

At a time where mainstream newspapers are facing accusations of liberal bias, it’s hard not to compare how this story about Biden is being covered to the frantic reporting of numerous allegations during Kavanaugh’s confirmation hearing.

Because “amplifying efforts to question his behavior” doesn’t put the onus on the former vice president, even though he is the one facing the increasingly credible allegation of assault.