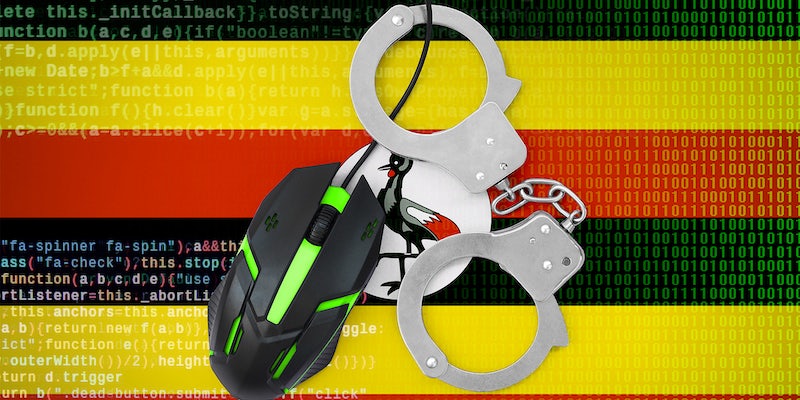 Uganda’s government specializes in reaping what they did not sow. In the past decade, young Ugandans thrived on YouTube, marketed their businesses online, and made money through social media. This was until the government saw this economic opportunity and imposed a social media tax (known as OTT or over-the-top). The OTT tax blocks more than 50 apps including Facebook, Snapchat, WhatsApp, and even Tinder until additional fees are paid.

Though these fees seem insignificant in dollars, in Uganda shillings, they are quite significant. According to a study, the OTT tax is more than 6% of people’s monthly income, which is less than $27 per month. And 74% of Ugandan content creators reported earning less income since the tax was implemented. Those who avoided this tax with VPNs faced fines of up to 500,000ugx ($135). Out of the 10 million internet users in Uganda, only 2.5 million use social media, so the government could potentially earn over $40 million in taxes annually. But that’s not how it worked.

Unsurprisingly, after this OTT tax was introduced in 2019, internet usage dropped by 30%. Influencers, YouTubers, and online business owners were greatly affected by this because fewer people in Uganda could consume their content. YouTubers and content creators in particular were sincerely frustrated.

Josephine Kakooza, a former content creator and YouTuber told the Daily Dot: “The government has an obsession with controlling the narrative and trying to control wealth. This is why they had to take a piece of the pie because of their greed.”

Her and other content creators have emphasized how people who profit from the digital market are usually the wealthy, affluent individuals who already have large followings and connections. Kakooza continues, “People in privileged positions are able to thrive on the digital market, but those who aren’t in this category are left behind. Which means that the rich get richer and the poor remain poor.”

Countries like Kenya and Tanzania emulated Uganda’s digital suppression in slightly similar ways. In Tanzania, the government imposed regulations on bloggers, content creators, and other online service providers to pay an annual fee of 2.2 million Tanzania shillings ($930) just to publish their content. And in Kenya, taxes on internet service data and mobile money were introduced as well.

In November 2020, the Ugandan government went even further and announced a new internet tax via Twitter. In this tweet, the Ministry of Finance publicly announced that they would introduce a new tax on streaming services as well.

The government has not officially announced the amount this tax will be, but we know that they will tax streaming and subscription-based services. This includes iTunes, Spotify, Netflix, HBO, anad others.

Officially, the Ministry of Finance states that this is meant to support the economy by generating more revenue from taxes, saying it’s for economic development. But these policies do nothing but lower Ugandans’ opportunities to participate in the digital market. Ultimately, this could have terrible long-term effects on the digital economy.

This is not just about over-taxation of digital services, it’s about the economic potential that has been lost. Policies of over-taxation only perpetuate a culture of technological stagnation, something Uganda has been battling for decades now.

In 2009, mobile money was introduced in Uganda. It was designed as a partnership between commercial banks and telecommunication companies. Ugandans could store their money, pay bills, and make transactions at the click of a button. By 2014, over 18 million Ugandans were registered mobile money users. The annual value of transactions was worth nearly $18 billion.

This system became a source of employment for those who had digital skills. Jobs were created because mobile money services had to be managed by tellers who handled the money transactions and fees. These mobile money businesses were spread across the country.

Unfortunately, by 2018, the Ugandan government decided to tax mobile money services as well. As usual, the government was trying to make more money by emptying the pockets of their own citizens. People who invested in mobile money businesses saw a significant decrease in customers.

By the middle of 2018, 44% of Ugandans used mobile money services less, and 47% stopped using it completely. Most of them decided it just wasn’t worth it anymore.

As a result, millions of Ugandans failed to adapt to the ever-evolving technological developments of the world. Instead of moving forward and using other types of digital finance like Apple Pay and PayPal, the country took steps backward.

Thankfully, not all East African countries are like this. Rwanda designed digital literacy programs for young Rwandese between the ages of 16-30. By 2024, the Rwandese government hopes to have a more digitally knowledgeable population.

Information and Communications Technology expert Eugene Kiminine said that “digital consumers across sub-Saharan Africa are fueling customer growth and driving the adoption of new mobile services needed to empower lives and transform businesses on the continent.”

Nigeria is a hotbed for digital innovation and tech start-ups. Silicon Valley investments are also funneling investments into countries like South Africa and Kenya. Additionally, big tech companies like Facebook and Netflix are expanding to South Africa and West Africa because they are aware of the economic potential the continent holds. Countries like Nigeria and Kenya are tech hubs for investors looking to invest in African tech for the digital market.

The future of Africa’s digital economy is quite promising. But this growth is stifled by African governments that don’t push for technological development. Governments in East Africa may make more money from these taxes in the short-term, but the long-term effects will have an incomprably detrimental effect on the digital economy.

If fewer people have opportunities to build businesses online then they won’t participate in the ever-growing international digital market. If this doesn’t change, East Africa may never catch up with the rest of the world.

Pearl M. Kasirye is a writer at Pearl Lemon, she's also an editor and researcher who spends most of her time reading. When she isn't reading or working, she can be found sitting on her balcony writing her own novels or traveling.