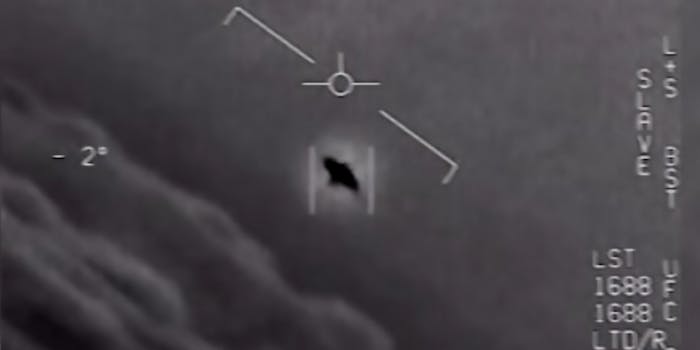 The report makes zero mention of aliens or extraterrestrial life.

The analysis, released by the Office of the Director of National Intelligence (ODNI), examined 144 instances in which U.S. military planes encountered unidentified objects between 2004 and 2021.

The report stated that investigators could not come to a conclusion on the nature or intent of UAP due to the “limited amount of high-quality reporting.”

No available evidence, according to investigators, links the UAP to a foreign adversary. The report makes no reference whatsoever to extraterrestrial life.

Of the 144 encounters, investigators were only able to offer an explanation for one: a large ballon that was deflating. Investigators also argued that natural phenomenon could likely explain at least some of the incidents.

“In a limited number of incidents, UAP reportedly appeared to exhibit unusual flight characteristics,” the report says. “These observations could be the result of sensor errors, spoofing, or observer misperception and require additional rigorous analysis.”

In the end, the report concludes by suggesting that the Unidentified Aerial Phenomena Task Force (UAPTF) could receive “additional funding for research and development” to further investigate UAP if the public wants to devote more resources to it.

The UAPTF was set up by the Department of Defense (DOD) last August to investigate the growing number of reports concerning unexplained objects.