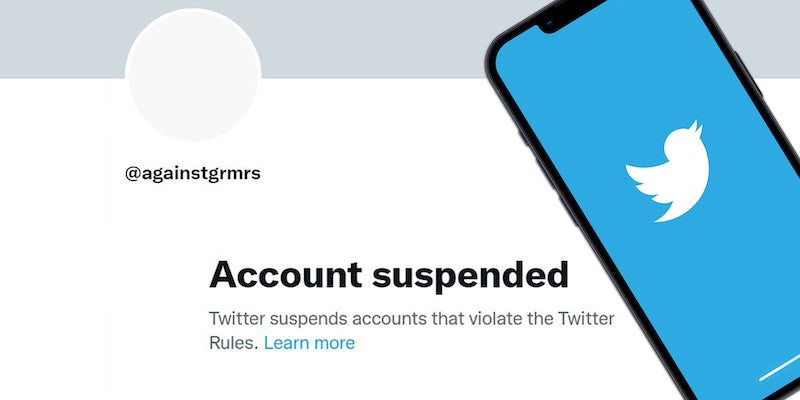 Why does Twitter keep suspending, reinstating Gays Against Groomers?

The recent wave of transphobic hysteria is widely credited to a relatively small number of social media users. After launching in June, Gays Against Groomers swiftly became one of the more prominent voices attacking transgender people online.

The account has amassed nearly 90,000 Twitter followers in a few short months. In that time, it’s also been suspended multiple times. Some of these suspensions were supposedly permanent.

Gays Against Groomers, which was founded by Jaimee Michell, describes itself as a “coalition of gays against the sexualization and indoctrination of children.” It often rails against gender-affirming care and respect for transgender and nonbinary children.

It has referred to transgender, queer, intersexual, and asexual people as “infiltrators” in what it believes should be an only LGB movement.

It likens any trans visibility efforts as “grooming,” a term that historically refers to how child sex predators lure their victims but has been appropriated by people to demonize LGBTQ people.

In July, the Daily Dot reported that Twitter’s rules prohibit calling people “groomers” on the basis of their gender identity or expression.

Gays Against Groomers appears to have responded by using other terms as code for “groomers,” such as “broomer” and “gr__mer.” It recently changed its screen name to Gays Against Grewmers.

At least one of the suspensions was reportedly based on the account using the “groomer” slur against transgender people. The tweet in question accused “radical alphabet activists [of] openly grooming” children.

Gays Against Groomers was suspended again this week. The account reports that this is the fourth time it’s been suspended.

“That’s gotta be a record,” it tweeted on Tuesday after the most recent suspension was lifted.

It’s not clear why Gays Against Groomers was suspended this most recent time. Michell declined to comment.

It’s possible that some of the suspensions are due to mass reports or errors.

Gays Against Groomers’ critics are befuddled by Twitter suspending then reinstating the account. The platform isn’t often known for leniency towards suspended accounts. Some wonder if the revolving door of suspensions is evidence of turmoil within the company.

“Someone at Twitter is manually and repeatedly overriding the multiple justified hate-speech suspensions of the “Gays Against Gr**mers” account,” Chad Loder hypothesized. “I have never seen a Twitter account be reinstated so many times.”

“This is completely unprecedented, as someone who pays attention to Twitter’s policy enforcement,” they added.