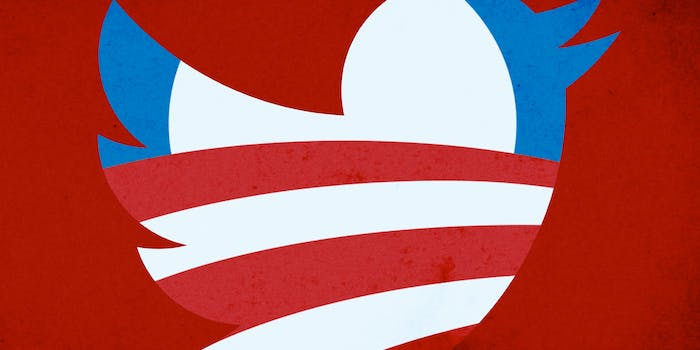 Twitter‘s failure to address abuse is a result of a radical support of free speech and fear of censorship coupled with a revolving door of leadership that does not listen to employees’ suggestions or concerns as to how to better the product, according to a report from BuzzFeed.

However, tools to drastically improve safety do apparently exist: Former CEO Dick Costolo reportedly censored abuse directed at President Barack Obama during his #AskPOTUS Twitter chat in May 2015, and similar censorship happened during a Q&A session with Caitlyn Jenner.

Numerous former employees told BuzzFeed’s Charlie Warzel that leadership had issues with building features that would make Twitter safer while the Twitter product stagnated as executives focused on revenue. As abuse, harassment, misogyny, racism, and general trollish behavior became more prevalent on the platform, growth slowed, and Twitter has failed to live up to its promised explosive popularity.

It took a number of high-profile departures from the service for Twitter to begin taking abuse seriously. It wasn’t until 2013 that Twitter launched a feature to report abuse on individual tweets. The controversial blocking function didn’t even fully block people until this year.

Twitter responded to BuzzFeed’s report with the following statement:

In response to today’s BuzzFeed story on safety, we were contacted just last night for comment and obviously had not seen any part of the story until we read it today. We feel there are inaccuracies in the details and unfair portrayals but rather than go back and forth with BuzzFeed, we are going to continue our work on making Twitter a safer place. There is a lot of work to do but please know we are committed, focused, and will have updates to share soon.

The report paints a picture of a company struggling to understand its platform, and a fear of doing anything to change: Twitter’s leadership refused to implement two-factor authentication after an engineering manager fought for its necessity, saying employees would find it too hard to use; managers ignored simple suggestions like displaying replies from mutual follows first in the reply stream to a tweet; and one source notes co-founder Jack Dorsey couldn’t explain Twitter’s purpose to him.

But as Twitter externally flailed about while trying to curb harassment, internally, tools reportedly existed. Engineers built an algorithm to automatically filter abuse directed at Obama under the guidance of Costolo, according to BuzzFeed.

2/ shows a lack of understanding of the very basics of how trust and safety works at Twitter. Sensationalist nonsense.

Despite Costolo denying it, the move makes sense—Twitter should provide popular accounts with solutions to avoid abuse because Twitter wants to keep its highest-profile users happy. (It’s the same reason verified accounts have a special “Quality Filter” for mentions that regular users don’t have access to.) When they face harassment, people notice; not so of your average Twitter user with a few hundred followers, who faces bullying from individuals who push the boundaries of acceptable speech.

Comedian and actress Leslie Jones quit the platform briefly after receiving an onslaught of abuse earlier this year, and shortly after she left, Twitter permanently banned conservative blogger and harassment instigator Milo Yiannopoulos. (Editor’s note: Yiannopoulos was the owner and editor-in-chief of the Kernel, a publication the Daily Dot acquired in 2014.) Twitter reacted relatively quickly to Jones’s experience, but her situation was not unique—black women receive racist, sexist, and violent speech on a regular basis, and Twitter does nothing.

If Twitter has an algorithm they can deploy for high-profile figures like Obama, it’s irresponsible that the company has not implemented it on a broader scale. We’re at the point in the evolution of Twitter that we can recognize it as a vital platform for free speech while also understanding that abusive behavior only silences voices Twitter exists to amplify.

It wouldn’t necessarily have to limit everyone’s experience—”Safe Search” modes exist on sites like Google and Flickr to prevent inappropriate content from popping up in your results. A similar product could be built that would let individuals opt-in to a better, troll-free experience.

The free speech ethos is deeply engrained in Twitter’s employees, and perhaps part of the problem with Twitter’s harassment is that the people building and working on the product don’t have a broad understanding of how other people use it. For instance, when Twitter software engineer Brandon Carpenter tweeted about changes to the platform, his response to going somewhat viral illustrated the disconnect between employees and users: “Wow, people on Twitter are mean.”

Twitter’s failure to address abuse is its biggest flaw, and it’s become a tiresome narrative. We tweet the same complaints, write the same stories, see our friends and favorite celebrities harassed, and then wake up and do it all over again.

Twitter has promised time and again they are making changes to the platform. At this point, only a fundamental shift from the entrenched culture of aggressive adherence to behavior that doesn’t just champion free speech, but enables and amplifies hate speech, will start moving Twitter in the direction needed to save itself.